Core web vitals from Google are the ingredients for an alphabet soup of exlusionary intialisms. But once you get past the unnecessary jargon, there’s a sensible approach underpinning the measurements.

From May—no, June—these measurements will be a ranking signal for Google search so performance will become more of an SEO issue. This is good news. This is what Google should’ve done years ago instead of pissing up the wall with their dreadful and damaging AMP project that blackmailed publishers into using a proprietary format in exchange for preferential search treatment. It was all done supposedly in the name of performance, but in reality all it did was antagonise users and publishers alike.

Core web vitals are an attempt to put numbers on user experience. This is always a tricky balancing act. You’ve got to watch out for the McNamara fallacy. Harry has already started noticing this:

A new and unusual phenomenon: clients reluctant (even refusing) to fix performance issues unless they directly improve Vitals.

Once you put a measurement on something, there’s a danger of focusing too much on the measurement. Chris is worried that we’re going to see tips’n’tricks for gaming core web vitals:

This feels like the start of a weird new era of web performance where the metrics of web performance have shifted to user-centric measurements, but people are implementing tricky strategies to game those numbers with methods that, if anything, slightly harm user experience.

The map is not the territory. The numbers are a proxy for user experience, but it’s notoriously difficult to measure intangible ideas like pain and frustration. As Laurie says:

This is 100% the downside of automatic tools that give you a “score”. It’s like gameification. It’s about hitting that perfect score instead of the holistic experience.

And Ethan has written about the power imbalance that exists when Google holds all the cards, whether it’s AMP or core web vitals:

Google used its dominant position in the marketplace to force widespread adoption of a largely proprietary technology for creating websites. By switching to Core Web Vitals, those power dynamics haven’t materially changed.

We would do well to remember:

When you measure, include the measurer.

(If you prefer using initialisms, remember that CFP is Certified Financial Planner, CLS is Community Legal Services, and FID is Flame Ionization Detector. Together they form CWV, Catholic War Veterans.)

I hadn’t come across this before—run Lighthouse tests on your pages from six different locations around the world at once.

The State of the Web — the links

An Event Apart Spring Summit is happening right now. I opened the show yesterday with a talk called The State Of The Web:

The World Wide Web has come a long way in its three decades of existence. There’s so much we can do now with HTML, CSS, and JavaScript: animation, layout, powerful APIs… we can even make websites that work offline! And yet the web isn’t exactly looking rosy right now. The problems we face aren’t technical in nature. We’re facing a crisis of expectations: we’ve convinced people that the web is slow, buggy, and inaccessible. But it doesn’t have to be this way. There is no fate but what we make. In this perspective-setting talk, we’ll go on a journey to the past, present, and future of web design and development. You’ll laugh, you’ll cry, and by the end, you’ll be ready to make the web better.

I wrote about preparing this talk and you can see the outline on Kinopio. I thought it turned out well, but I never actually know until people see it. So I’m very gratified and relieved that it went down very well indeed. Phew!

Eric and the gang at An Event Apart asked for a round-up of links related to this talk and I was more than happy to oblige. I’ve separated them into some of the same categories that the talk covers.

I know that these look like a completely disconnected grab-bag of concepts—you’d have to see the talk to get the connections. But even without context, these are some rabbit holes you can dive down…

This is a great HTML boilerplate, with an explanation of every line.

I really like the idea of a shared convention for styling web components with custom properties—feels like BEM meets microformats.

trapped in the technologist factory

New technologies don’t have power; for that they’d need a community, documentation, and a thriving ecosystem of ancillary technology. What they have is potential, which resonates with the potential within the startup and the early adopter; perhaps they can all, over time, grow together.

This flywheel has been spinning for a long time, and won’t stop simply because I’ve pointed out that we’re conflating novelty with technological advancement. Hopefully we can slow it down, though, because I believe it’s causing real harm.

Off to see a luthier about a mandolin.

The level of authority and professionalism in a design system helps sell it so teams use it. But increases the perception things are fixed. Done. And not open to change.

Remote to who? A working letter

The idea that your job should be the primary source of meaning in your life is an elaborately made trap, propped up across industries, designed to make you a loyal worker who uses the bulk of their intellectual and creative capacity to further their own career.

Here’s the video of the talk I gave at the Web Stories conference back in February. 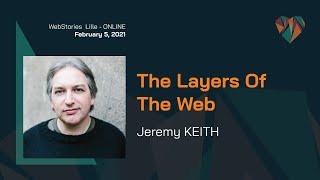 You can find me scattered across these sites:

I had the pleasure of welcoming these people into my home: 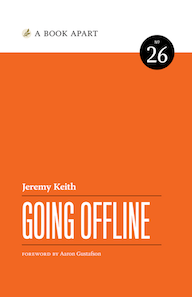