CSS is not an amoral monster.

I’m in general agreement with this rousing defence of CSS. I think it does a pretty great job of balancing a whole ton of use cases.

Josh has been teaching HTML and CSS schoolkids. I love the pages that they’ve made. I really mean it. I genuinely think these are wonderful!

Zooniverse have done it again. Now you can help in the hunt for sources of gravitational lensing.

Someone sent an email to Clearleft recently pointing out what they thought was a certain similarity between our website and the website for a company called Kent Web Host. 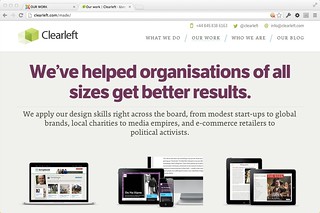 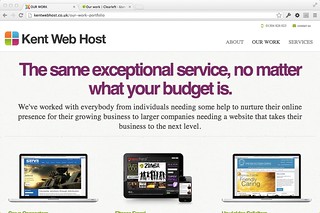 I can’t see it myself. But I can’t guarantee that we weren’t somehow unconsciously influenced by these guys.

Just to set the record straight, I gave them a call.

Update: a few points of clarification:

Responsive Day Out highlights on Vimeo

A lovely little highlight reel that Craig put together from the Responsive Day Out.