Last week was a bit of an event whirlwind. In the space of seven days I was at Indie Web Camp, Beyond Tellerrand, and Accessibility Club in Düsseldorf, followed by a train ride to Utrecht for Frontend United. Phew!

Indie Web Camp Düsseldorf was—as always—excellent. Once again, Sipgate generously gave us the use of their lovely, lovely space for the weekend. We had one day of really thought-provoking discussions, followed by a day of heads-down hacking and making.

I decided it was time for me to finally own my replies. For a while now, I’ve been posting notes on my own site and syndicating to Twitter. But whenever I replied to someone else’s tweet, I did from Twitter. I wanted to change that.

From a coding point of view, it wasn’t all that tricky. The real challenges were to do with the interface. I needed to add another field for the URL I’m replying to …but I didn’t want my nice and minimal posting interface to get too cluttered. I ended up putting the new form field inside a details element with a summary of “Reply to” so that the form field would be hidden by default, and toggled open by hitting that “Reply to” text:

I sent my first test reply to a post on Aaron’s website. Aaron was sitting next to me at the time.

Once that was all working, I sent my first reply to a tweet. It was a response to a tweet from Tantek. Tantek was also sitting next to me at the time.

I spent most of the day getting that Twitter syndication to work. I had something to demo, but I foolishly decided to risk it all by attempting to create a bookmarklet so that I could post directly from a tweet page (instead of hopping back to my own site in a different tab). By canabalising the existing bookmarklet I use for posting links, I just about managed to get it working in time for the end of day demos.

So I’m owning my replies now. At the moment, they show up in my home page feed just like any other notes I post. I’m not sure if I’ll keep it that way. They don’t make much sense out of context.

Then again, I kind of like how wonderfully random and out-of-context they look. You can browse through all my replies so far.

I’m glad I got this set up. Now when Andy posts stuff on Twitter, I’m custodian of my responses:

@AndyBudd: Who are your current “Design Heroes”?

adactio.com: I would say Falcor from Neverending Story, the big flying dog.

Bruce wonders why Google seems to prefer separate chunks of JSON-LD in web pages instead of interwoven microdata attributes:

You got this. | Zeldman on Web & Interaction Design

I can relate to this.

Sara runs through the many ways of providing an accessible name to an icon button, backed up with Scott’s testing.

Our intern program is returning for 2019 | Clearleft

Know any graduates who’d like to take part in a fun (paid) three month scheme at Clearleft? Send ‘em our way.

Heydon cracks me up—his Patterns Day is going to have you crying with laughter; guaranteed!

Here he is talking about custom properties in CSS as part of his Making Future Interfaces video series. 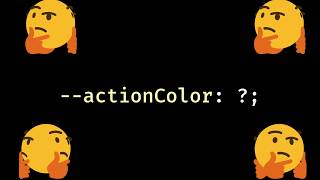