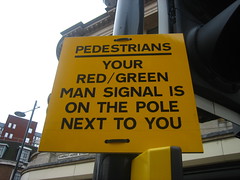 14 years ago I wrote Beach to beach

Hurricane Rita has swept past Florida as it heads out across the Gulf of Mexico towards Texas.

15 years ago I wrote Mobile technology and cocktails

I ventured out of the house yesterday evening to attend an event sponsored by Sussex Enterprise. I was interested in the subject matter of "ebusiness: How can Mobile Technology help your business?" but mostly I was lured by the promise of a free

16 years ago I wrote CSS Based Design

It’s time for a brand new site section here at adactio. Ladies and gentlemen, I give you… articles!

17 years ago I wrote Lee Hazlewood

I went to half a concert last night.