Making Workshops for the Web

The latest Clearleft offering is Workshops for the Web. It made sense to move our workshop offerings out of the Clearleft site—where they were kind of distracting from the main message of the company—and give them their own home, just like our other events, dConstruct and UX London.

As well as the range of workshops that can be booked privately at any time, there’s a schedule of upcoming public workshops for 2010:

The next workshop, CSS3 Wizardry with Rich and Nat, promises to be packed full of cutting-edge front-end techniques. Book a place if you want to have CSS3 kung-fu injected into your brainstem.

I’m pretty pleased with how the site turned out. When I began designing it initially, I thought I would give it a sort of Russian constructivist feeling: the title Workshops for the Web made me think of an international workers movement. I started researching political propaganda posters, beginning with the book Revolutionary Tides. 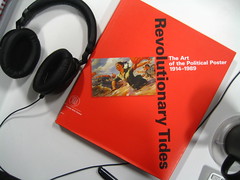 There’s also some fantastic propaganda material in The National Archives (and I just love the modern twist of World War Three propaganda posters). I found a treasure trove of images of American working life in the Flickr Commons collection from The Library of Congress. I started gathering these sources together and distilling some of the common components such as bold colours and diagonal lines. 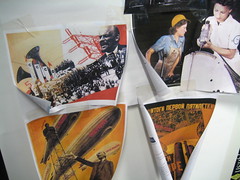 This was when Jon was working as an intern at Clearleft. I enlisted his help in brainstorming some ideas and he came up with some great stuff—like using Soviet space-race imagery—and we played around with proof-of-concept ideas for creating diagonal backgrounds using CSS3 transforms.

But it never really came together for me. Much as I loved the Russian constructivist propaganda angle, I ditched it and started from scratch.

I scribbled down a page description diagram describing what the site needed to communicate in order of importance:

The hierarchy for an individual workshop page looked pretty similar:

It was clear that the page needed to quickly answer some basic questions: what? where? how much?

I started marking up the answers to those questions from top to bottom. That’s when it started to come together. Working with markup and CSS in the browser felt more productive than any of the sketching I had done in Photoshop. I started really sweating the typography …to the extent that I decided that even the logotype should be created with “live” text rather than an image.

From the start, I knew that I wanted the site to be a self-describing example of the technologies taught in the workshops. The site is built in HTML5, making good use of the new structural elements and the powerful outline algorithm. Marking up an events site with the hCalendar microformat was a no-brainer. There are hCards a-plenty too.

CSS3 nth-child selectors came in very handy and media queries are, quite simply, the bee’s knees when it comes to building a flexible site: just a few declarations allowed me to make sure the liquid layout could be optimised for different ranges of viewport size. 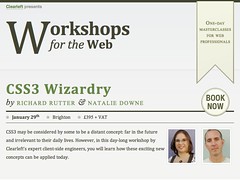 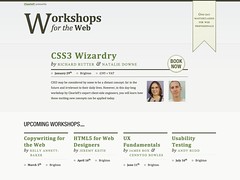 Given the audience of the site, I could be fairly certain that Internet Explorer 6 wouldn’t be much of a hindrance. As it turns out, everything looks more or less okay even in that crappy browser. It looks different, of course, but then do websites need to look exactly the same in every browser?

Right before launch, Paul took a shot at tweaking the visual design, adding a bit more contrast and separation on the homepage with some horizontal banding. That’s a visual element that I had been subconsciously avoiding, probably because it’s already used on some of our other sites, but once it was added, it helped to emphasise the next upcoming workshop—the main purpose of the homepage.

Just because the site is live now doesn’t mean that I’ll stop working on it. I’d like to keep tweaking and evolving it. Maybe I’ll finally figure out a way of incorporating some elements of those great propaganda posters. 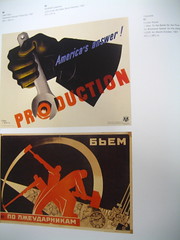 nice site dude, pictures look jacked up in IE 7/8 though

11 years ago I wrote Authors On Tour — Live!

The kind of list that’s too geeky for McSweeney’s.

Just in case I haven’t completely hammered the point home lately, I have a feeling that 2005 is going to see a big surge in the use of the Document Object Model with JavaScript.