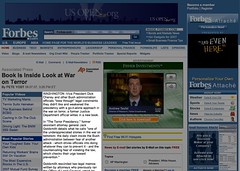 Heinz Wittenbrink Web teacher and blogger, living in Graz and sometimes in Dubrovnik.

How can we create designs that don’t get in the way of content but still communicate a personality? This is the challenge for designers working on the Web today.

“Why do we think the ‘desktop’ user is more willing to put up with having unnecessary crap thrown at them?” adactio.com/journal/4523

When we should be concentrating on the content we often gravitate towards designing the menus and navigation firstadactio.com/journal/4523

11 years ago I wrote All Our Yesterdays

13 years ago I wrote POSH Patterns

Not everything has to be a microformat.

13 years ago I wrote The Dunbar number of the beast

You can use the hCard microformat in plain English sentences.

I’m back in Brighton after my short break in Ireland. For those of you uninterested in travelogues and holiday snaps, look away now.

17 years ago I wrote About this site

I’ve updated the "About" section of this site to include a new page about this site and how it was made.

18 years ago I wrote surRealpolitik