I spent most of February on the far side of the world. I had the great honour and pleasure of speaking at Webstock in New Zealand.

This conference’s reputation had preceded it. I had heard from many friends who have spoken in previous years that the event is great and that the organisers really know how to treat their speakers. I can confirm that both assertions are absolutely true. Jessica and I were treated with warmth and affection, and the whole conference was a top-notch affair.

I gave a new talk called Of Time and the Network taking a long-zoom look at how our relationship with time has changed as our communications networks have become faster and faster. That’s a fairly pretentious premise but I had a lot of fun with it. I’m pretty pleased with how it turned out, although maybe the ending was a little weak. The video and audio should be online soon so you can judge for yourself (and I’ll be sure to get the talk transcribed and published in the articles section of this site). 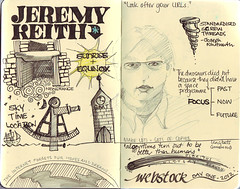 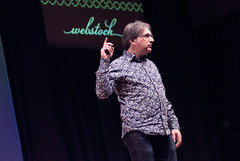 Perhaps it was because I was looking for the pattern, but I found that a number of the other talks were also taking a healthy long-term view of the web. Matt’s talk in particular—Lessons from a 40 Year Old—reiterated the importance of caring for URLs.

Wilson reprised his Build talk, When We Build, the title of which is taken from John Ruskin’s Lamp of Memory:

When we build, let us think that we build forever. Let it not be for present delight nor for present use alone. Let it be such work as our descendants will thank us for; and let us think, as we lay stone on stone, that a time is to come when those stones will be held sacred because our hands have touched them, and that men will say, as they look upon the labor and wrought substance of them, “See! This our father did for us.”

Another recurring theme was that of craft …which is somewhat related to the theme of time (after all, craftsmanship takes time). Erin gave a lovely presentation, ostensibly on content strategy but delving deeply into the importance of craft, while Jessica, Adam and Michael gave us insights into their respective crafts of lettering and film-making.

All in all, it was a great event—although the way the schedule split into two tracks in the middle of the day led to the inevitable feelings of fomo.

Matt wrote about his Webstock experience when he got back home:

It was easily the best speaking gig I’ve ever had. I’m planning on making this conference a regular visit in the future (as an attendee) and I urge anyone else (especially in America) that has yearned for a top-quality, well-run technology conference in a place you’ve always wanted to visit to do the same. 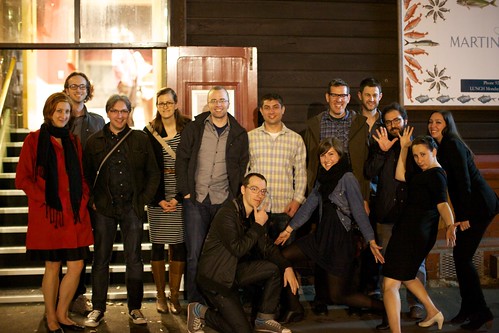