It’s been two weeks since the mind-blowing awesomeness of dConstruct 2012 and I’ve still got a brain full of the amazing knowledge bombs dropped by each and every speaker.

I’ve been keeping track of other people’s write-ups of the event too:

Andrew Johns wrote down his thoughts, going through each talk in turn. He also wrote a follow-up post pointing out that one of the emergent themes of the conference was education.

Happy Famous Artists pulled out three strands from the event:

There’s a write-up over at info.nl called Playing with the future at the seams.

But I think my favourite write-up comes from Laura who did a report for Ubelly called Our Positions Of Power. It’s a thoughtful piece that pulls together multiple strands that emerged throughout the day. And you’ve gotta love the opening sentence:

After a weekend of reflection, I’ve decided that dConstruct 2012 had the best talks of any conference I’ve ever attended. 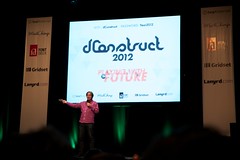 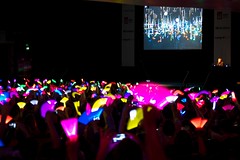 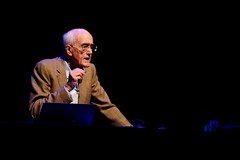 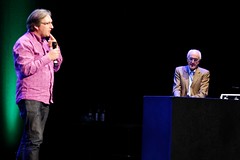 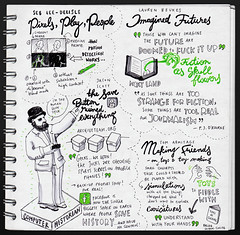 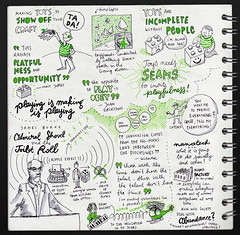 And Geri took a bunch of really nice pictures. 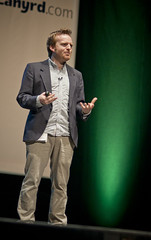 People said some very nice things on Twitter, Paul Swain wrote a very nice “thank you” post, and I even got a lovely postcard from an attendee. 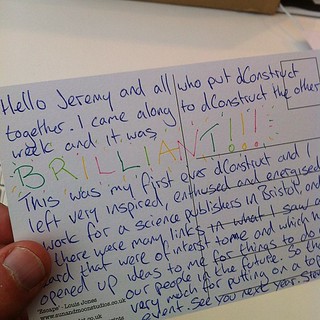 If you want to re-live the magic, have a listen to the audio from dConstruct 2012.

9 years ago I wrote A responsive mind

Responsive web design is about more than just media queries.