We finally launched the long-overdue redesign of the Clearleft website last week. We launched it late on Friday afternoon, because, hey! that’s not a stupid time to push something live or anything.

The actual moment of launch was initiated by Josh who had hacked together a physical launch button containing a teensy USB development board. 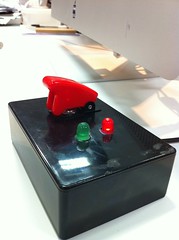 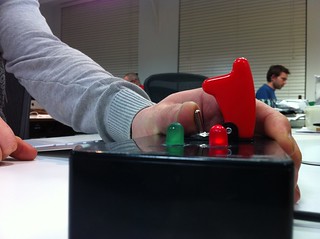 Mind you, just because the site is now live doesn’t mean the work is done. Far from it, as Paul pointed out:

Keep the feedback and comments about the new @clearleft site coming. Launching a site is just the start; much to iterate upon and improve.

But it’s nice to finally have something new up. We were all getting quite embarrassed by the old site.

Still, rather than throw the old design away and never speak of it again, we’ve archived it. We’ve archived every iteration of the site:

I’m glad that we’ve kept the archived versions online. I quite enjoy seeing the progression of the visual design and the technologies used under the hood.

8 years ago I wrote One moment

Archiving a special mention by the greatest archivist of them all.

11 years ago I wrote PaperCamp

Liveblogging the first ever PaperCamp in London.

13 years ago I wrote Bringing it all back home

16 years ago I wrote Rock'n'roll dreams

18 years ago I wrote Weird Science