I didn’t even have to lig it this time. My band, Salter Cane, was the support act.

We played a good set despite an extremely rushed soundcheck due to the lateness of the arrival of the main band - their van broke down on the way to Brighton.

Despite their late arrival (and some mix-up with the equipment they were playing on), they also played a good set of dark, brooding songs.

I spent most of their set sipping on beers and taking the occasional picture. I’ve put together a gallery of pictures of their show. 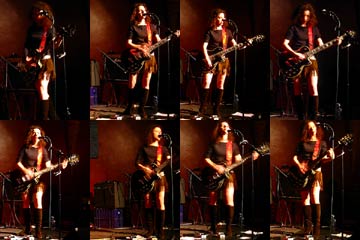