The music festival was very well organised and executed. In fact, the only thing lacking was people. It felt a bit Spinal Tapesque when we showed up to play to a mostly empty field. I believe the technical term for this sort of gig is "paying your dues".

Actually, the Salter Cane gig went pretty well. We sold CDs to a few people. Bear in mind that "a few" was a significant proportion of the audience.

Most of all, it was a fun weekend of hanging around listening to and playing music. I took pictures, mostly of the good people with whom I spent the weekend. 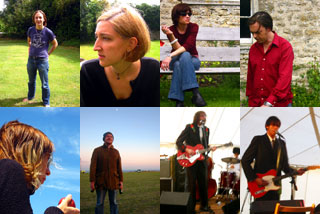