The first ten minutes of my talk at An Event Apart Seattle consisted of me geeking about science fiction. There was a point to it …I think. But I must admit it felt quite self-indulgent to ramble to a captive audience about some of my favourite works of speculative fiction.

The meta-narrative I was driving at was around the perils of prediction (and how that’s not really what science fiction is about). This is something that Arthur C. Clarke pointed out repeatedly, most famously in Hazards of Prophecy. Ironically, I used Clarke’s meisterwork of a collaboration with Stanley Kubrick as a rare example of a predictive piece of sci-fi with a good hit rate.

When I introduced 2001: A Space Odyssey in my talk, I mentioned that it was fifty years old (making it even more of a staggering achievement, considering that humans hadn’t even reached the moon at that point). What I didn’t realise at the time was that it was fifty years old to the day. The film was released in American cinemas on April 2nd, 1968; I was giving my talk on April 2nd, 2018.

Over on Wired.com, Stephen Wolfram has written about his own personal relationship with the film. It’s a wide-ranging piece, covering everything from the typography of 2001 (see also: Typeset In The Future) right through to the nature of intelligence and our place in the universe.

When it comes to the technology depicted on-screen, he makes the same point that I was driving at in my talk—that, despite some successful extrapolations, certain real-world advances were not only unpredicted, but perhaps unpredictable. The mobile phone; the collapse of the soviet union …these are real-world events that are conspicuous by their absence in other great works of sci-fi like William Gibson’s brilliant Neuromancer.

But in his Wired piece, Wolfram also points out some acts of prediction that were so accurate that we don’t even notice them.

Also interesting in 2001 is that the Picturephone is a push-button phone, with exactly the same numeric button layout as today (though without the * and # [“octothorp”]). Push-button phones actually already existed in 1968, although they were not yet widely deployed.

To use the Picturephone in 2001, one inserts a credit card. Credit cards had existed for a while even in 1968, though they were not terribly widely used. The idea of automatically reading credit cards (say, using a magnetic stripe) had actually been developed in 1960, but it didn’t become common until the 1980s.

I’ve watched 2001 many, many, many times and I’m always looking out for details of the world-building …but it never occurred to me that push-button numeric keypads or credit cards were examples of predictive extrapolation. As time goes on, more and more of these little touches will become unnoticeable and unremarkable.

On the space shuttle (or, perhaps better, space plane) the cabin looks very much like a modern airplane—which probably isn’t surprising, because things like Boeing 737s already existed in 1968. But in a correct (at least for now) modern touch, the seat backs have TVs—controlled, of course, by a row of buttons.

Now I want to watch 2001: A Space Odyssey again. If I’m really lucky, I might get to see a 70mm print in a cinema near me this year.

I’ve noticed a few nice examples of motion design on the web lately.

The Cloud Four gang recently redesigned their site, including a nice little animation on the home page.

Malcolm Gladwell has a new podcast called Revisionist History. The website for the podcast is quite lovely. Each episode is illustrated with an animated image. Lovely!

If you want to see some swishy animations triggered by navigation, the waaark websites has them a-plenty. Personally I find the scroll-triggered animations on internal pages too much to take (I have yet to find an example of scrolljacking that doesn’t infuriate me). But the homepage illustrations have some lovely subtle movement.

When it comes to subtlety in animation, my favourite example comes from Charlotte. She recently refactored the homepage of the website for the Leading Design conference. It originally featured one big background image. Switching over to SVG saved a lot of bandwidth. But what I really love is that the shapes in the background are now moving …ever so gently.

It’s like gazing at a slow-motion lava lamp of geometry.

Andy and his cohorts have been busy recovering an important televisual document of computer history: The Machine That Changed the World (originally titled The Dream Machine). The series comprises of five parts:

The first episode is particularly fascinating, tracing the history of the idea of a universal machine, starting with Charles Babbage and his Analytical Engine. The documentary includes footage of Doron Swade, author of the excellent book The Cogwheel Brain (released in the States as The Difference Engine). The story then moves on to the turbulent time period of the 1930s and ’40s that saw the creation of the world’s first programmable computers — a period so evocatively described in Neal Stephenson’s Cryptonomicon.

The documentary shies away from declaring any one computer as “First!”, though plenty of time is devoted to ENIAC. The Colossus is covered but the secrecy surrounding the project ensured that its place in computer history would be denied for decades. Churchill himself once quipped that he would personally shoot anyone who blabbed about the code-breaking at Bletchley Park.

Today we understand the historical importance of Bletchley Park and yet the charity responsible for the upkeep of the centre has to go cap in hand to the Heritage Lottery Fund to ask for the money required for its upkeep. If you are a British citizen (or resident) and you consider the preservation of the site of the Colossus to be an important task, consider signing the petition to save Bletchley Park. 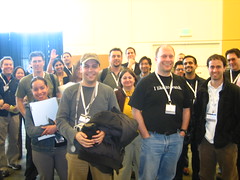 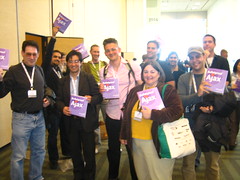