I’ve made no secret of my admiration of Jocelyn Bell Burnell, and how Peter Saville’s iconic cover design for Joy Division’s Unknown Pleasures always reminds of her.

There are many, many memetic variations of that design. 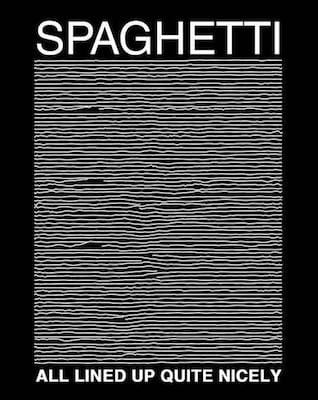 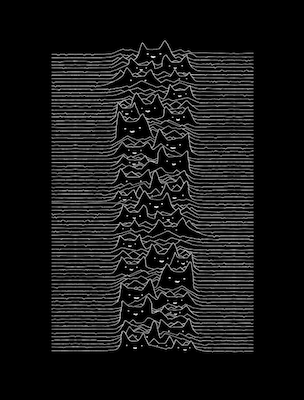 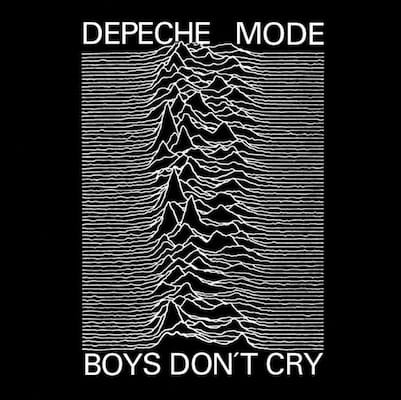 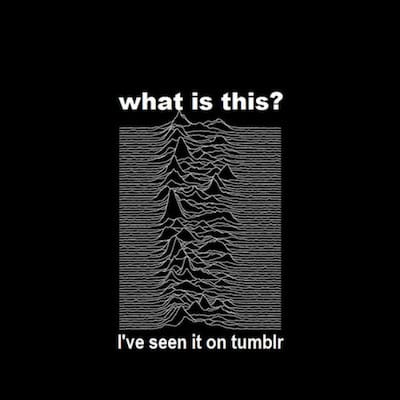 I assumed that somebody somewhere at some time must have made a suitable tribute to the discover of those pulses, but I’ve never come across any Jocelyn-themed variation of the Joy Division album art.

So I made my own. 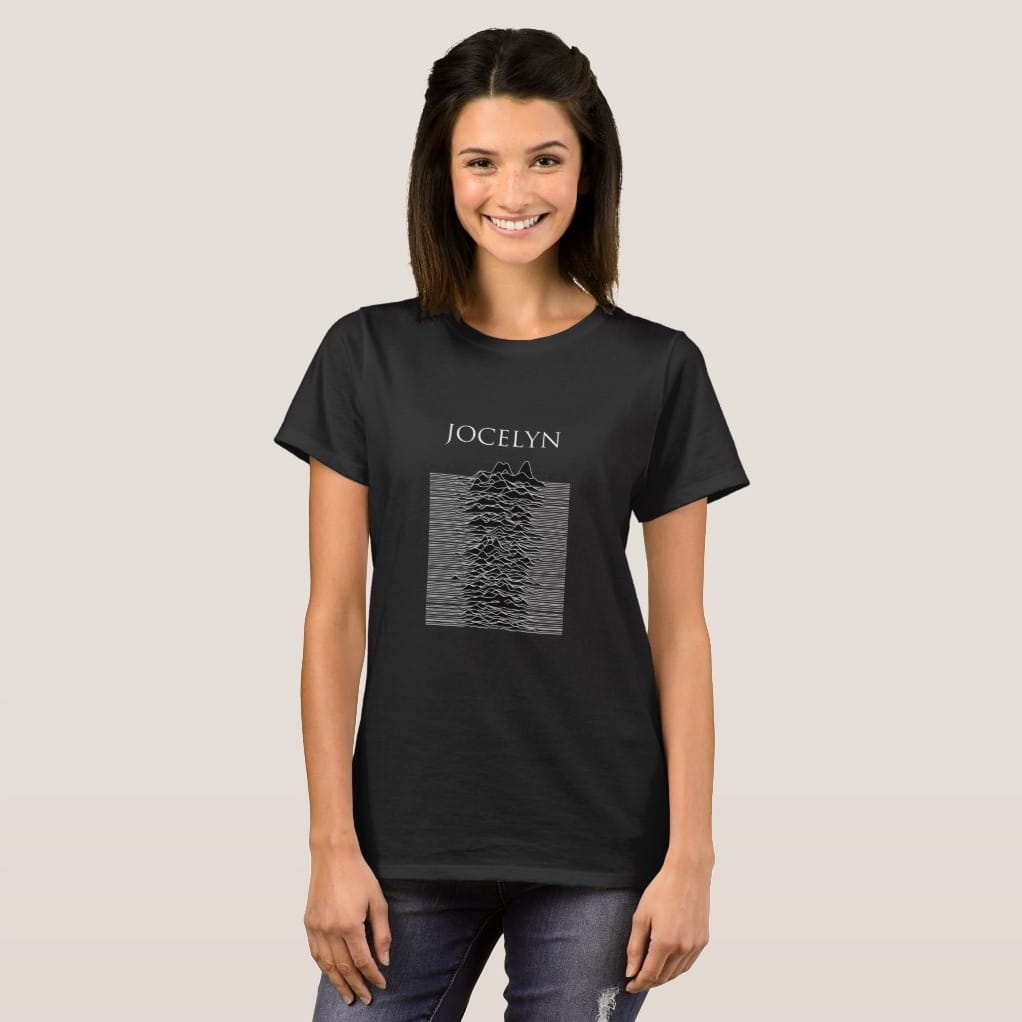 The test order I did just showed up, and it’s looking pretty nice (although be warned that the sizes run small—I ordered a large, and I probably should’ve gone for extra large). If your music/radio-astronomy Venn diagram overlaps like mine, then you too might enjoy being the proud bearer of this wearable tribute to Dame Jocelyn Bell Burnell.

Mistakes on a plane

I’m in Seattle. An Event Apart just wrapped up here and it was excellent as always. The venue was great and the audience even greater so I was able to thoroughly enjoy myself when it was time for me to give my talk.

I’m going to hang out here for another few days before it’s time for the long flight back to the UK. The flight over was a four-film affair—that’s how I measure the duration of airplane journeys. I watched:

I was very glad that I watched Joy after three back-to-back Bechdel failures. Spectre in particular seems to have been written by a teenage boy, and I couldn’t get past the way that the The Big Short used women as narrative props.

I did enjoy Steve Jobs. No surprise there—I enjoy most of Danny Boyle’s films. But there was a moment that took me out of the narrative flow…

The middle portion of the film centres around the launch of the NeXT cube. In one scene, Michael Fassbender’s Jobs refers to another character as “Rain Man”. I immediately started to wonder if that was an anachronistic comment. “When was Rain Man released?” I thought to myself.

The jig is up, Sorkin!

The song Lay Low by My Morning Jacket is the eighth track on the album Z. When the song starts, it seems like your typical My Morning Jacket song, ‘though perhaps a bit more upbeat than most. For the first few minutes, Jim James sings away in his usual style.

At precisely three minutes and three seconds, the vocals cease and the purely instrumental portion of the song begins. As one guitar continues to play the melody line, a second guitar begins its solo.

It starts like something from Wayne’s World: a cheesy little figure tapped out quickly on the fretboard. But then it begins to soar. Far from being cheesy, it quickly becomes clear that what I’m hearing is the sound of joy articulated through the manipulation of steel strings stretched over a piece of wood, amplified by electricity.

As the lead guitar settles into a repeated motif, the guitar that was previously maintaining the melody line switches over. At exactly three minutes and thirty seconds, it starts repeating a mantra of notes that are infectiously simple.

For a short while, the two guitars play their separate parts until, at three minutes and thirty three seconds, they meet. The mantra, the riff — call it what you will — is now being played in unison, raising my spirits and pushing the song forward.

The guitars remain in unison until just after four minutes into the song. Now they begin to really let loose, each soaring in its own direction as the rest of the band increase the intensity of the backing.

Two seconds before the five minute mark, the guitar parts are once again reunited, but this time in harmony rather than unison. At five minutes and nineteen seconds, a piano — that was always there but I just hadn’t noticed until now — begins to pick out a delicate tinkling melody in a high register. It sounds impossibly fragile surrounded by a whirlwind of guitars, drums, and bass, but it cuts right through. And it is beautiful.

At five minutes and twenty six seconds, as the piano continues to play, one of the guitars drops down low and starts growling out its solo. From there, everything tumbles inevitably to the end of the song.

The band stops playing at five minutes and fifty seconds, but we’re given another twenty seconds to hear the notes fade to silence. The instrumental break has lasted three minutes. It is the most uplifting and joyous three minutes that has ever been captured in a recording studio.

Now, divine air! now is his soul ravish’d! Is it not strange that sheep’s guts should hale souls out of men’s bodies?