2005 feels like a pivotal year in my memory. That’s the year that Rich, Andy and I formed Clearleft. It was also the year that the three of us went to South by Southwest for the first time. That was amazing. Not because of the event itself, but because of the people. I met, hung out with, and formed firm friendships with people whose blogs I had been reading for years—it really was like my RSS reader had come to life. It’s also where I met Cindy for the first time. 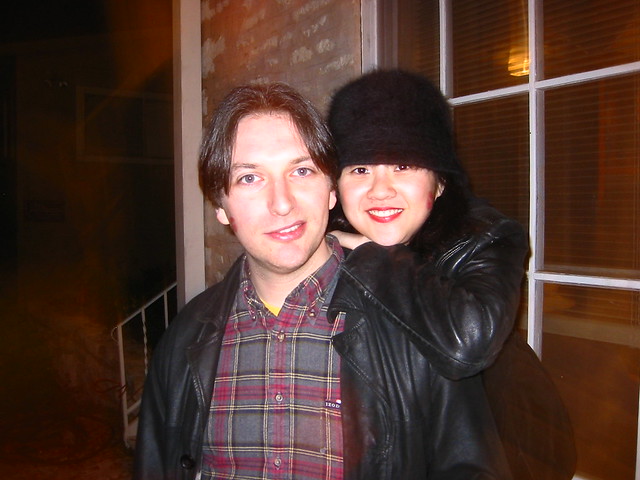 We ended up hanging out a lot there, and afterwards. She came to England. We met up in Florida (her family is in Jacksonville, not far from St. Augustine, where Jessica’s family is from—in fact, we may well have been in the same St. Augustine pastry shop at the same time before we even met). And of course we’d see each other at conferences …like that one time in San Diego, when she joined me in my first ever karaoke experience (little did I know that she was in on the rick-rolling). Wherever geeks gathered, Cindy was there. Cindy could outgeek all of us, whether it was nerding out about good food or Star Wars. That was until she met her match at the Web Directions North conference in Vanouver in early 2007. 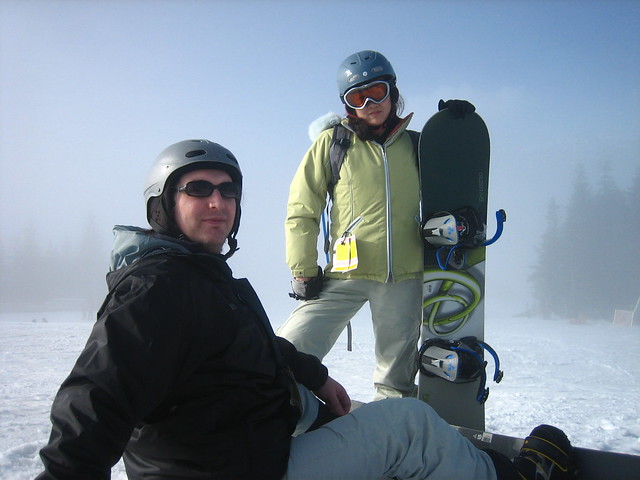 Matt came all the way from England for that conference. I distinctly remember sitting with him on the bus back from the post-conference snowboarding trip to Whistler after the conference. He was able to point out all the filming locations from The X Files, Battlestar Galactica, and every other sci-fi TV show. He met Cindy the next day and, of course, they clicked.

Cindy ended up moving to San Francisco, and I’d visit her den of nerdery whenever I was in town. Meanwhile, Matt was crossing the Atlantic at every available opportunity to spend time with Cindy. On one of those trips, they went down to the courthouse and tied the knot.

Given the short notice for the wedding, they decided that they’d have a bigger marriage celebration further down the line. At that year’s South by Southwest, Cindy and Matt took me aside and asked if I’d officiate at their wedding. “But I can’t officiate a wedding!”, I said. “I’ve got no qualifications!” “A-ha!”, they pointed out, “It’s technically not an official marriage ceremony—we’re already married.” 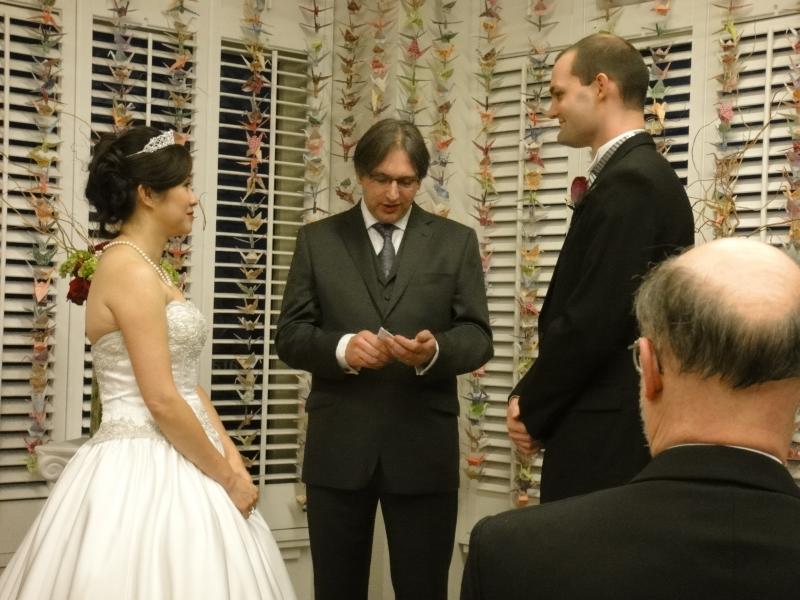 That’s how I came to give the most important public speaking engagement of my life. It was nerve-wracking and wonderful. 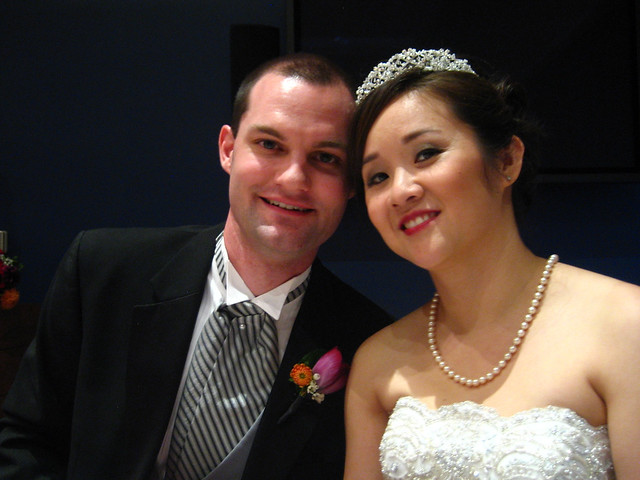 I’ll never forget when Cindy and Matt came to Boston for An Event Apart a few years later. I was so happy to see Cindy that I didn’t even notice the most striking thing about her; after we hugged, she just stared at me and pointed at her belly until the lightbulb went off over my head. Cindy was pregnant!

They had a beautiful baby boy named Apollo. Isn’t that an awesome name? 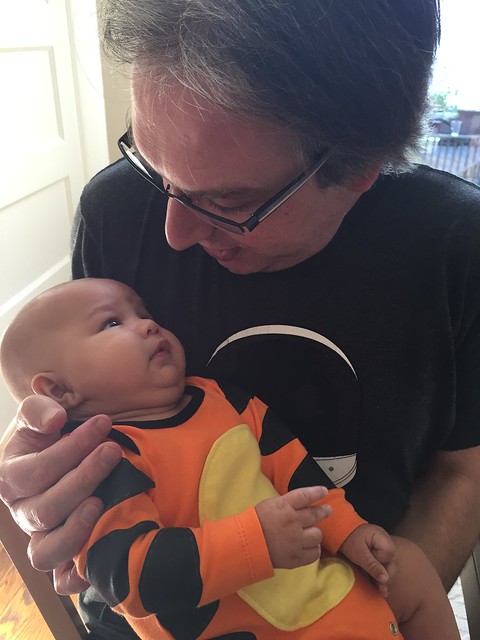 They managed to match that awesomeness with the naming of their second boy, Orion. Apollo and Orion!

When Cindy was pregnant with Orion, she didn’t have the opportunity to surprise me with the news in person, like she had done with Apollo. She Facetimed me and Jessica to tell us the news. But she had other news to share with us that she didn’t want to be widely known. She had just been diagnosed with cancer.

I don’t really want to talk about that, but just consider what it must have been like to be going through treatment and being pregnant at the same time! Orion is a miracle, and Cindy was the miracle worker.

(The reason I don’t want to talk about Cindy’s cancer is, well, for one, she didn’t want it to be known so I’m still thinking of it as a private matter, but also Cindy could never be defined by how she died, but rather how she lived.)

By this time Cindy and Matt had moved to Pittsburgh. Myself and Jessica visited when we could. I was there for my birthday last year, and together we recreacted delicacies from that pastry shop in Saint Augustine. 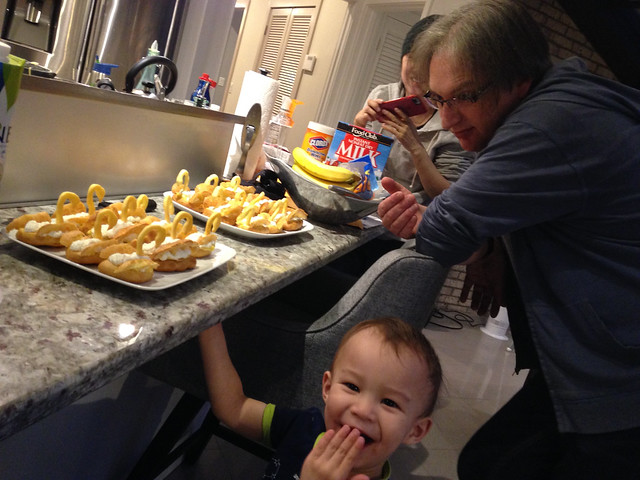 A lot of my memories of Cindy involve amazing food. Like that time we all went to The French Laundry. This year we made plans to go to Alinea in October. Cindy got reservations. Jessica and I booked our plane tickets. But it wasn’t to be. It became clear that Cindy wasn’t able to travel and that there wasn’t much time left. Instead of a trip to Chicago, we made a trip to Pittsburgh. We were hoping to see Cindy one last time. But she died just a few days before we showed up.

But remember what I said about Cindy being defined by her life, not her death? It’s so, so true. Literally everyone who knew her was a better person for it. Her energy. Her indominatable spirit. She really was truly inspiring. She still inspires me. I know it sounds like a cliché to say that only her body has gone, while her spirit lives on, but in this case, it’s really true. Her spirit is alive in every single person who knew her. And if that isn’t enough of a cliché, I’m going to come right out and say it: I’m a better person for having known Cindy.

What happened to Cindy was so horribly, horribly unfair (did I mention that she didn’t smoke, or drink, or even use bad language?). But there’s one thing that I’m so very grateful for: I’m so, so glad that she had Matt. I always knew that Cindy was amazing—she’s Wonder Woman—but I’ve come to realise that she really did find her match. Matt is Superman. I am in awe of his strength. I cannot imagine what he is going through right now. Like Cindy, he is an inspiration to me.

Cindy is gone, but that love between Cindy and Matt …that’s forever. 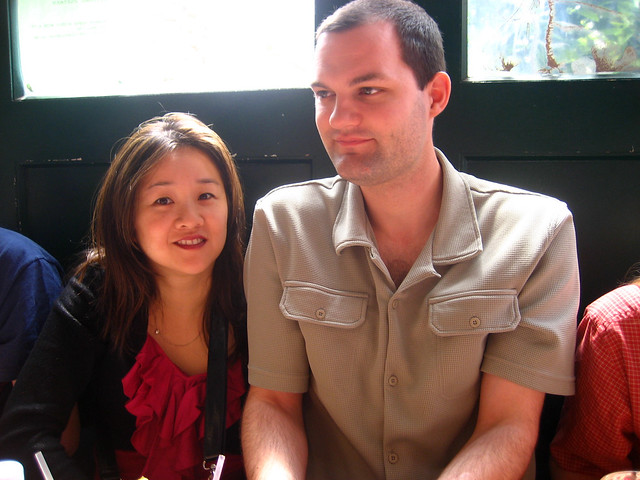 One hundred years ago today, Alan Turing was born.

But the truth is that the history of innovation and invention is rarely as linear as that, and that if one genius hadn’t made the great leap forward, some other genius would have. The pieces were there, waiting in the adjacent possible.

And I can, with absolute certainty, say that the way Alan Turing was treated after the war was absolutely shameful.