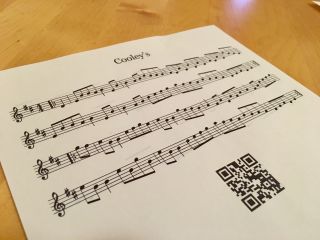 CSS Naked Day was fun. It felt almost voyeuristic to peek under the CSS skirts of so many sites. It also made me realise that the browser default styles are what people are going to see if they decide to print out a page from many CSS-based sites.

I’ve had a rudimentary print stylesheet in place for Adactio for a while now, although I should probably revisit it and tweak it some time. But a lot of other sites that I’ve designed have been woefully lacking in print stylesheets.

For instance, the situation with the DOM Scripting site was brought home to me when I received this message from Adam Messinger:

Would it be possible to get a print stylesheet for the errata page that does a better job of preserving the table layout? As it is now, it’s sometimes hard to tell which page numbers match up to what errors. Just some borders on the table would help a lot.

That one made me slap my forehead. Of course! If ever there was a web page that was likely to be printed out, the errata for a printed book would be it.

As well as adding borders to the errata table, I set to work on creating a stylesheet for the whole site. It was fairly quickly and painless. I hid the navigation, let the content flow into one column, set the font sizes in points and used a minimum amount of colour. I did much the same for Jessica’s site, WordRidden. Principia Gastronomica was crying out for a print stylesheet. Half of the entries on that blog are recipes. Most people don’t have computer screens in their kitchens so it’s very likely that the recipes will be printed out.

A lot of the entries on Principia Gastronomica make heavy use of images. Everyone likes pictures of food, after all. I was faced with the question of whether or not to include these images in the printed versions.

In the end, I decided not to include the images. Firstly, it’s a real pain trying to ensure that the images don’t get split over two pages (page-break-before would be a draconian and wasteful solution). Secondly, I bowed to Jessica’s wisdom and experience in this matter. She often prints out recipes from sites like Epicurious and, when she does, she wants just the facts. Also, these are pages that are likely to printed out in the home, probably on a basic inkjet printer, rather than in an office equipped with a nice laser printer. If you’re implementing a print stylesheet for your site, I highly recommend reading Richard’s guide, The Elements of Typographic Style Applied to the Web. All the advice is good for screen styles, but is especially applicable to print.

These articles on A List Apart are also required reading:

In an interview over on Vitamin, Eric makes the point that context is everything when deciding which stylesheets to serve up. Clearly, articles on a A List Apart are likely to printed out to be read, but the front page is more likely to be printed out to get a hard copy of the design.

For a detailed anatomy of a print stylesheet, be sure to read the latest in Mark’s Five Simple Steps to Typesetting on the web series: Printing the web.

My site has no stylesheets (“how does it smell?”, etc.) but you probably won’t even notice because chances are your reading this in a feedreader.

In any case, it’s nice just to look at the flow of the document sans styles. Notice the “More information” h2 tag that is normally hidden from view. With styles enabled, the visual layout makes this heading redundant but without styles, or for non-visual user-agents, it’s a useful marker.

The man responsible for this CSS nakedness is Dustin Diaz, himself no stranger to nudity.

I had a pleasant chat with Dustin yesterday which forms the basis for the latest episode of his podcast. It was fun for me. I don’t know how much fun it’ll be to listen back to. I ramble on about JavaScript, comments, food blogging and George Clooney. Listen for yourself.