There have been some great new CSS properties and values shipping in Firefox recently.

Miriam Suzanne explains the difference between the newer revert value and the older inherit, initial and unset values in a video on the Mozilla Developer channel:

In another video, Jen describes some new properties for styling underlines (on links, for example):

As far as I can tell, all of these properties are available to you regardless of whether you are serving your website over HTTP or over HTTPS. That may seem like an odd observation to make, but I invite you to cast your mind back to January 2018. That’s when the Mozilla Security Blog posted about moving to secure contexts everywhere:

Effective immediately, all new features that are web-exposed are to be restricted to secure contexts. Web-exposed means that the feature is observable from a web page or server, whether through JavaScript, CSS, HTTP, media formats, etc. A feature can be anything from an extension of an existing IDL-defined object, a new CSS property, a new HTTP response header, to bigger features such as WebVR. 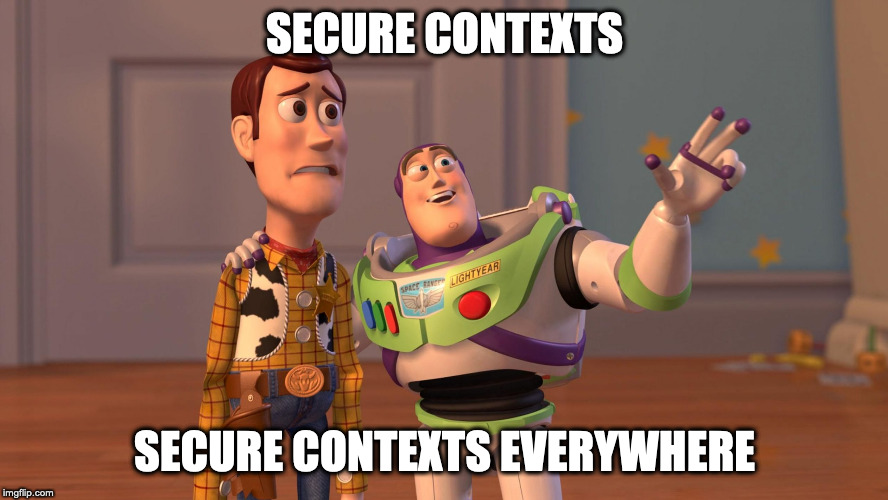 Despite that “effective immediately” clause, I haven’t observed any of the new CSS properties added in the past two years to be restricted to HTTPS. I’m glad about that. I wrote about this announcement at the time:

I am in total agreement that we should be encouraging everyone to switch to HTTPS. But requiring HTTPS in order to use CSS? The ends don’t justify the means.

If there were valid security reasons for making HTTPS a requirement, I would be all for enforcing this. But these are two totally separate areas. Enforcing HTTPS by withholding CSS support is no different to enforcing AMP by withholding search placement.

There’s no official word from the Mozilla Security Blog about any change to their two-year old “effective immediately” policy, and the original blog post hasn’t been updated. Maybe we can all just pretend it never happened.

Cameron has a bone to pick. Why, oh, why, he wonders, are we so quick to create processes when what we really need is a good strong culture?

For any single scenario you can name it’ll be easier to create a process for it than build a culture that handles it automatically. But each process is a tiny cut away from the freedom that you want your team to enjoy.

On the face of it, yes. If you’re trying to scale design at your organisation, then every extra bit of process is going to slow down your progress.

But what if speed isn’t the most important metric of success when it comes to scaling design? You’ve got to make sure you’re scaling the right things.

This is a post in defence of process. Yes, I know what you’re thinking: ‘urgh, process is a thing put in place to make up for mediocre teams’; or ‘prioritise discussion over documentation’; or ‘I get enough red tape in other parts of my life’.

The example he gives is undeniably a process that will slow things down …deliberately.

Whenever someone asks me to do something that I think seems ill-conceived in some way, I ask them to write it down. That’s it. Because writing is high effort. Making sentences is the easy bit, it’s the thinking I want them to do. By considering their request it slows them down. Maybe 30% of the time or something, they come back and say ‘oh, that thing I asked you to do, I’ve had a think and it’s fine, we don’t need to do it’.

I’ve seen this same tactic employed in standards bodies. Somebody bursts into a group and says “I’ve got a great idea—we should make this a thing!” The response, no matter what the idea is, is to say “Document use-cases.” It’s a stumbling block, and also a bit of a test—if they do come back with use-cases, the idea can be taken seriously; the initial enthusiasm needs to be backed up with hard graft.

(On a personal level, I sometimes use a little trick when it comes to email. If someone sends me a short email that would require a long response from me, I’ll quickly fire back a clarifying question: “Quick question: did you mean X or Y?” Now the ball is back in their court. If they respond swiftly with an answer to my question, then they’ve demonstrated their commitment and I honour their initial request.)

Anyway, it sounds like Cameron is saying that process is bad, and Mark is saying process can be good. Cody Cowan from Postlight thinks they’re both right:

To put it bluntly: people, not process, are the problem.

Even so, he acknowledges Cameron’s concern:

One of the biggest fears that people have about process is that something new is going to disrupt their work, only to be replaced by yet another rule or technique.

When Cameron talks about the importance of company culture, he knows whereof he speaks. He’s been part of Canva’s journey from a handful of people to hundreds of people. They’ve managed to scale their (excellent) culture along the way. That’s quite an achievement—scaling culture is really, really challenging. Scaling design is hard. Scaling culture is even harder.

But you know what’s even more challenging than scaling culture? Changing culture.

You can’t create a time travel machine to go back to the founding of the company and ensure a good culture from the outset.

You can’t shut down your existing company and create a new company from scratch, this time with a better culture.

You’ve got to work with what you’ve got. That doesn’t mean you can’t change your company culture, but it’s not going to be easy. Culture is pretty far down the stack of pace layers—it’s slow to change. But you can influence culture by changing something that’s less slow to change. I would argue the perfect medium for this is …process.

Then, over time, those processes can seep into the day-to-day understanding of how things are done. Process dissolves into culture. It’s a long game to play, but as Cameron points out, that’s the nature of culture change: