The 1978 short film Farewell, etaoin shrdlu documents the changeover from linotype to digital typesetting at The New York Times.

An evenhanded treatment of the unremitting march of technological progress, Weiss’s film about an outmoded craft is stylistically vintage yet also immediate in its investigation of modernity. 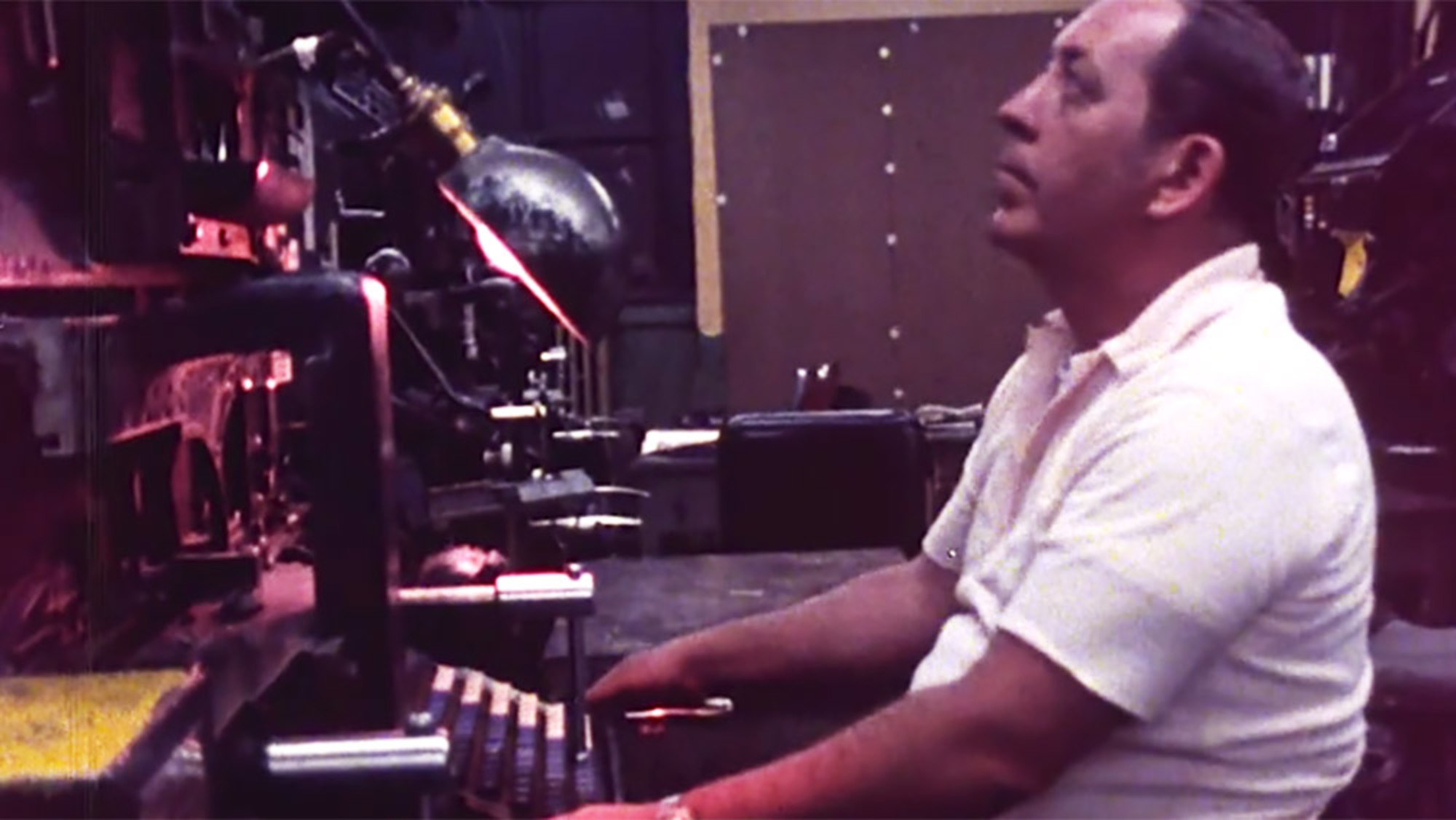