Of course, information existed before Shannon, just as objects had inertia before Newton. But before Shannon, there was precious little sense of information as an idea, a measurable quantity, an object fitted out for hard science. Before Shannon, information was a telegram, a photograph, a paragraph, a song. After Shannon, information was entirely abstracted into bits. The sender no longer mattered, the intent no longer mattered, the medium no longer mattered, not even the meaning mattered: A phone conversation, a snatch of Morse telegraphy, a page from a detective novel were all brought under a common code. Just as geometers subjected a circle in the sand and the disk of the sun to the same laws, and as physicists subjected the sway of a pendulum and the orbits of the planets to the same laws, Claude Shannon made our world possible by getting at the essence of information. 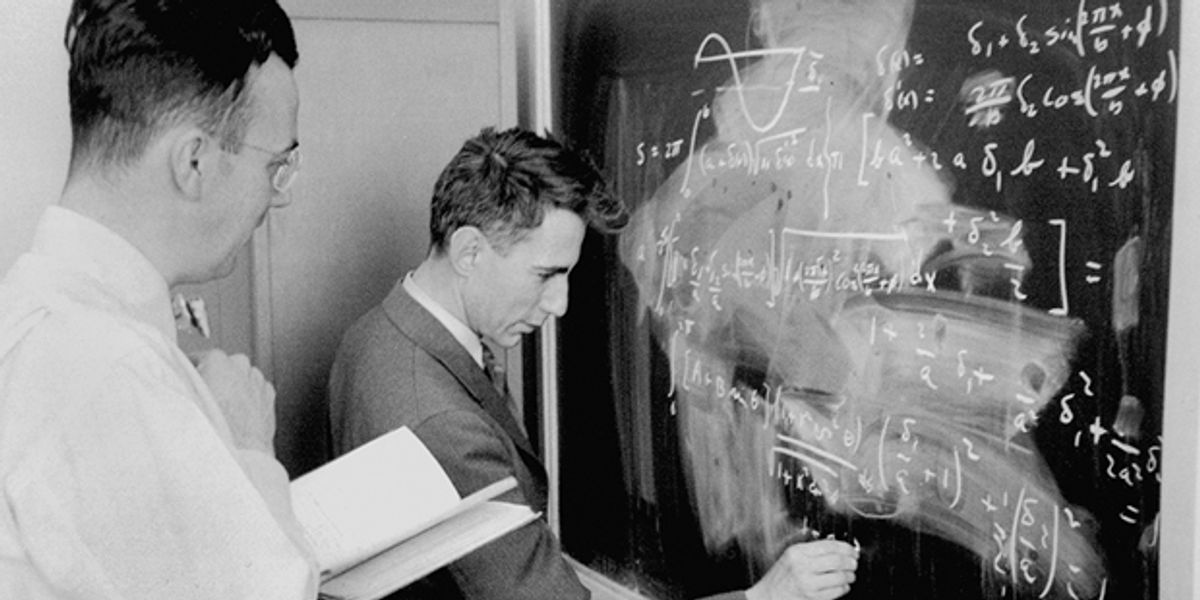