Standardizing `select` And Beyond: The Past, Present And Future Of Native HTML Form Controls — Smashing Magazine

While a handful of form controls can be easily styled by CSS, like the button element, most form controls fall into a bucket of either requiring hacky CSS or are still unable to be styled at all by CSS.

Despite form controls no longer taking a style or technical dependency on the operating system and using modern rendering technology from the browser, developers are still unable to style some of the most used form control elements such as select. The root of this problem lies in the way the specification was originally written for form controls back in 1995.

Stephanie goes back in time to tell the history of form controls on the web, and how that history has led to our current frustrations:

The current state of working with controls on the modern web is that countless developer hours are being lost to rewriting controls from scratch, as custom elements due to a lack of flexibility in customizability and extensibility of native form controls. This is a massive gap in the web platform and has been for years. Finally, something is being done about it. 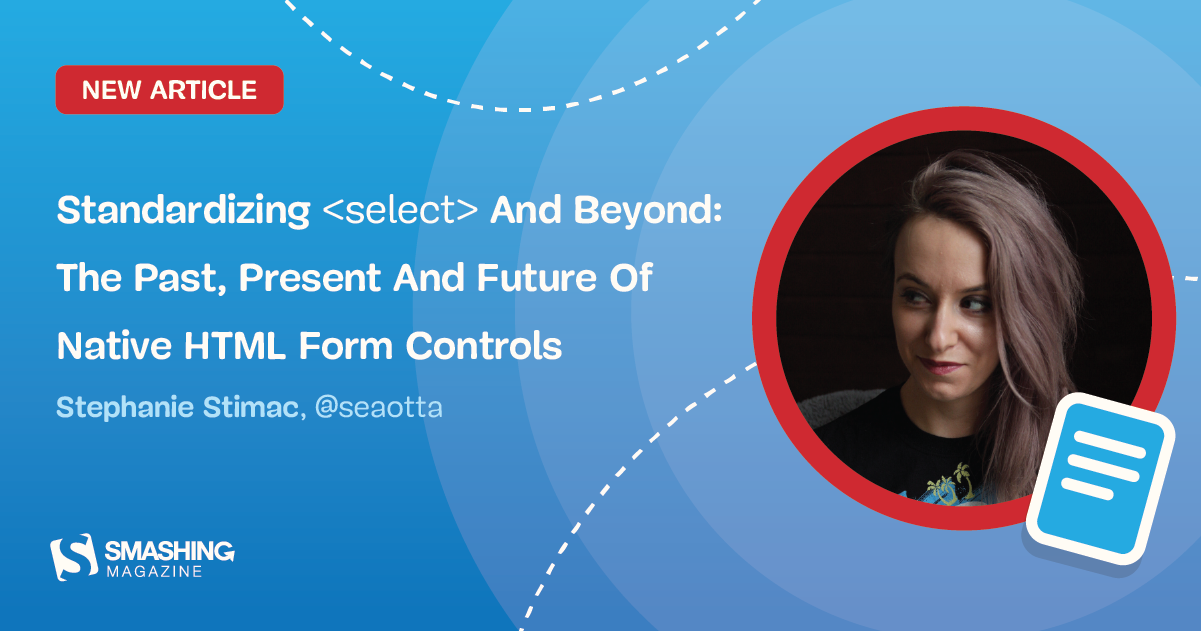