Forgive me for linking to The Rag, but for completeness’s sake, it would be remiss of me not to point out more coverage of “that” question I asked:

It was to the company’s credit that it chose to take the question posed by Clearleft’s Jeremy Keith, well known in the web standards community and who was briefly on the advisory committee for AMP (Accelerated Mobile Pages), before resigning saying that “it has become clear to me that AMP remains a Google product.” AMP has been in the news of late with a lawsuit alleging Google deliberately throttled ad load times to promote it, and Keith asked: “Given the court proceedings against AMP, why should anyone trust FLOC or any other Google initiatives ostensibly focused on privacy?” 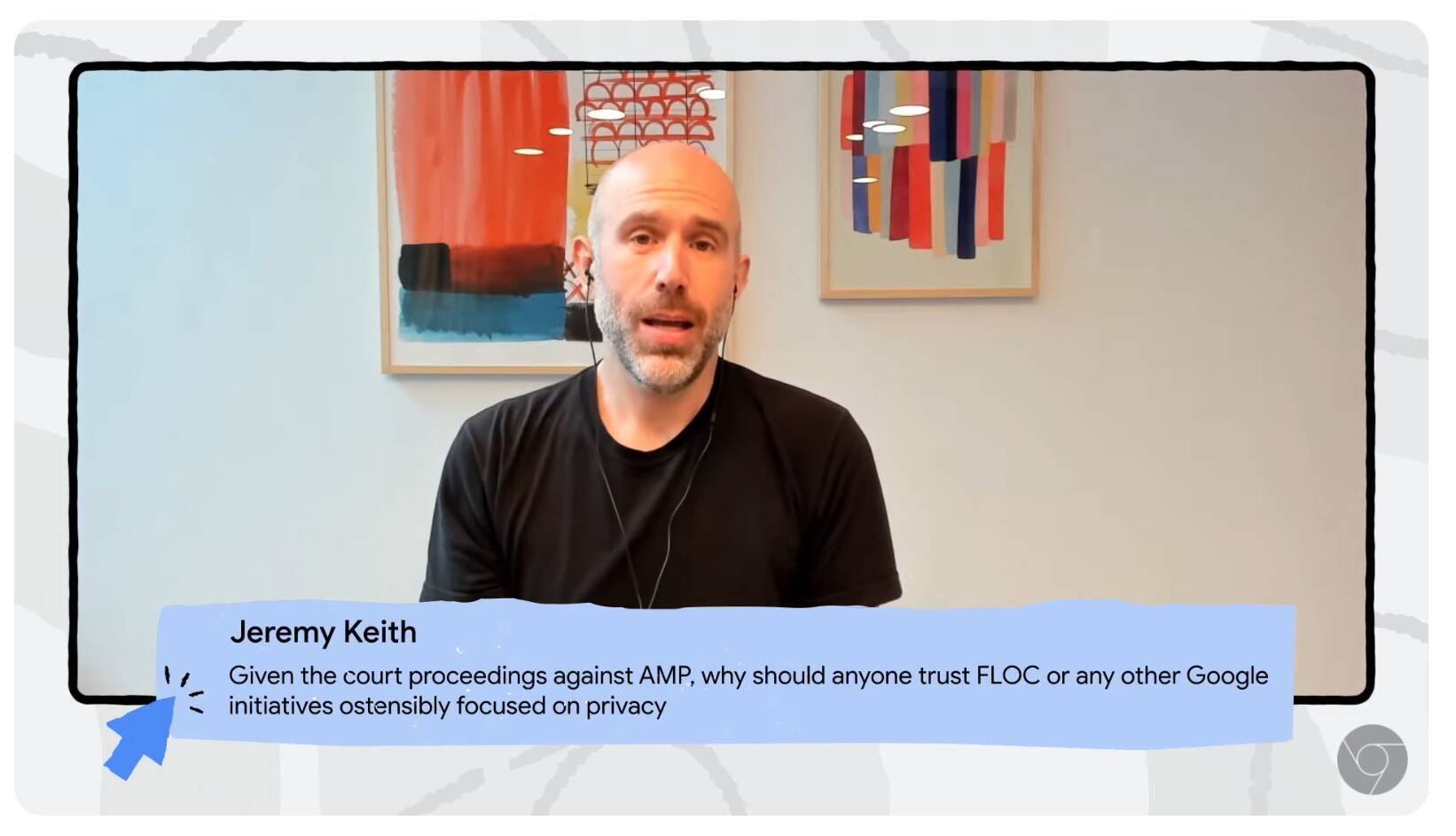