Interfacecritique — Olia Lialina: From My To Me

Don’t see making your own web page as a nostalgia, don’t participate in creating the netstalgia trend. What you make is a statement, an act of emancipation. You make it to continue a 25-year-old tradition of liberation.

Why I Still Use RSS | atthislink

Having only the content I want to see only be shown when I want to see it with the freedom to jump between readers as I please, all with no ads? For me, no other service comes close to the flexibility, robustness, and overall ease-of-use that RSS offers.

When people ask where to find you on the web, what do you tell them? Your personal website can be your home on the web. Or, if you don’t like to share your personal life in public, it can be more like your office. As with your home or your office, you can make it work for your own needs. Do you need a place that’s great for socialising, or somewhere to present your work? Without the constraints of somebody else’s platform, you get to choose what works for you.

A terrific piece from Laura enumerating the many ways that having your own website can empower you.

Have you already got your own website already? Fabulous! Is there anything you can do to make it easier for those who don’t have their own sites yet? Could you help a person move their site away from a big platform? Could you write a tutorial or script that provides guidance and reassurance?

An Introduction to the IndieWeb

A thorough run-down of the whys and wherefores of being part of the indie web, from Chris.

The web we may have lost | Christian Heilmann

The world-wide-web always scared the hell out of those who want to control what people consume and what their career is. The web was the equaliser.

A heartfelt missive by Christian on the eve of the US potentially losing net neutrality. I agree with every single word he’s written.

I hope that people still care that the web flows, no matter for whom or what the stream carries. The web did me a lot of good, and it can do so for many others. But it can’t do that if it turns into Cable TV. I’ve always seen the web as my media to control. To pick what I want to consume and question it by comparing it. A channel for me to publish and be scrutinised by others. A read-write medium. The only one we have. Let’s do more of the write part.

Against an Increasingly User-Hostile Web - Neustadt.fr

With echoes of Anil Dash’s The Web We Lost, this essay is a timely reminder—with practical advice—for we designers and developers who are making the web …and betraying its users.

You see, the web wasn’t meant to be a gated community. It’s actually pretty simple.

A web server, a public address and an HTML file are all that you need to share your thoughts (or indeed, art, sound or software) with anyone in the world. No authority from which to seek approval, no editorial board, no publisher. No content policy, no dependence on a third party startup that might fold in three years to begin a new adventure.

That’s what the web makes possible. It’s friendship over hyperlink, knowledge over the network, romance over HTTP.

This looks like an interesting network-level approach to routing around the censorship of internet-hostile governments like China, Turkey, Australia, and the UK.

Rather than trying to hide individual proxies from censors, refraction brings proxy functionality to the core of the network, through partnership with ISPs and other network operators. This makes censorship much more costly, because it prevents censors from selectively blocking only those servers used to provide Internet freedom. Instead, whole networks outside the censored country provide Internet freedom to users—and any encrypted data exchange between a censored nation’s Internet and a participating friendly network can become a conduit for the free flow of information.

A great short talk by Tim. It’s about performance, but so much more too. 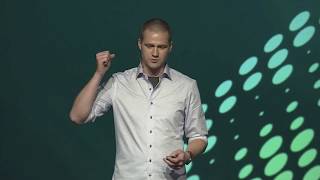 It is a sad and beautiful world wide web:

The technology that let people make web sites never went away. You can still set up a site as if it were 1995. But culture changes, as do expectations. It takes a certain set of skills to create your own web site, populate it with cool stuff, set up a web server, and publish your own cool-stuff web pages. I would argue that those skills should be a basic part of living in a transparent and open culture where individuals are able to communicate on an equal field of play. Some fellow nerds would argue the same. But most everyone else, statistically, just uses Facebook and plays along.

Paul Ford shines a light on the solution:

Standing against this tide of centralization is the indie web movement. Perhaps “movement” is too strong—it’s more an aesthetic of independence and decentralization. The IndieWebCamp web page states: “When you post something on the web, it should belong to you, not a corporation.” You should own your information and profit from it. You should have your own servers. Your destiny, which you signed over to Facebook in order to avoid learning a few lines of code, would once again be your own.

We could still live in that decentralized world, if we wanted to. Despite the rise of the all-seeing database, the core of the internet remains profoundly open. I can host it from my apartment, on a machine that costs $35. You can link to me from your site. Just the two of us. This is an age of great enterprise, no time to think small. Yet whatever enormous explosion tears through our digital world next will come from exactly that: an individual recognizing the potential of the small, where others see only scale.

The Internet’s Own Boy: The Story of Aaron Swartz by Brian Knappenberger

The Aaron Swartz film is available on the Internet Archive under a Creative Commons attribution non-commercial share-alike license.

The web idealists have a point: content can’t truly blossom in walled gardens

A great little piece by Russell Davies on the Indie Web movement.

Why the Indie Web movement is so important

Well, this is pretty bloody brilliant—Dan Gillmor has published an article on Slate about the Indie Web movement …but the canonical URL is on his own site.

We’re in danger of losing what’s made the Internet the most important medium in history – a decentralized platform where the people at the edges of the networks – that would be you and me – don’t need permission to communicate, create and innovate.

This isn’t a knock on social networks’ legitimacy, or their considerable utility. But when we use centralized services like social media sites, however helpful and convenient they may be, we are handing over ultimate control to third parties that profit from our work, material that exists on their sites only as long as they allow.

Our Comrade The Electron

This is a wonderful piece by Maciej—a magnificent historical narrative that leads to a thunderous rant. Superb!

I had a lovely dinner last night with Jeffrey, Tantek, Cindy and Daniel. A combination of nostalgia and indie web chatter prompted Jeffrey to pen this beautiful ode to independent publishing.

We were struggling, whether we knew it or not, to found a more fluid society. A place where everyone, not just appointed apologists for the status quo, could be heard. That dream need not die. It matters more now than ever.

We have lost an ally in the fight to maintain net neutrality. I wonder how Vint Cerf feels about his employer’s backtracking.

The specific issue here is with using a home computer as a server. It’s common for ISPs to ban this activity, but that doesn’t change the fact that it flies in the face of the fundamental nature of the internet as a dumb network.

We must fight these attempts to turn the internet into controlled system of producers and consumers.

Fat pipe. Always on. Get out of the way

This is a really well-written and worrying piece that pokes at that oft-cited truism about kids today being “digital natives”:

The parents seem to have some vague concept that spending hours each evening on Facebook and YouTube will impart, by some sort of cybernetic osmosis, a knowledge of PHP, HTML, JavaScript and Haskell.

The causes of this lack of digital literacy can be traced back to school:

Also, this article has the best “TL;DR” description ever.

My short talk from Aral’s Update conference in Brighton last September. I’m pretty happy with how it turned out. If I only I had a handheld mic—then I could’ve done a microphone drop at the end.

Having just seen Anna Debenham’s superb but scary presentation at Update about the shocking state of UK schools, this is a timely piece of journalism.