In order to thoroughly attend to every pertinent aspect of the spec, fantasai asked us each to read one sentence aloud to the group. At which point we were all asked whether we thought the sentence made sense, and to speak up if we didn’t understand any of it or if it wasn’t clear.

Rich documents the excellent and fascinating process used in a recent W3C workshop (though what he describes is the very opposite of groupthink, so don’t let the title mislead you):

I’d never come across the person-by-person, sentence-by-sentence approach before. I found it particularly effective as a way of engaging a group of people, ensuring collective understanding, and gathering structured feedback on a shared document.

things are a little crazy rn

How to build a bad design system | CSS-Tricks

Working in a big organization is shocking to newcomers because of this, as suddenly everyone has to be consulted to make the smallest decision. And the more people you have to consult to get something done, the more bureaucracy exists within that company. In short: design systems cannot be effective in bureaucratic organizations. Trust me, I’ve tried.

Who hurt you, Robin?

I completely agree with every single one of Terence’s recommendations here. The difference is that, in my case, they’re just hot takes, whereas he has actually joined the AMP Advisory Committee, joined their meetings, and listened to the concerns of actual publishers.

There’s also a very worrying anti-competitive move by Google Search in only showing AMP results to users of Google Chrome.

I’ve been emailing with Paul from the AMP team and I’ve told him that I honestly think that AMP’s goal should be to make itself redundant …the opposite of the direction it’s going in.

As I said in the meeting - if it were up to me, I’d go “Well, AMP was an interesting experiment. Now it is time to shut it down and take the lessons learned back through a proper standards process.”

I suspect that is unlikely to happen. Google shows no sign of dropping AMP. Mind you, I thought that about Google+ and Inbox, so who knows!

If you’ve ever wondered what it would be like to be a fly on the wall at a CSS Working Group meeting, Richard has the inside scoop.

The consensus building is vital. Representatives from all the major browsers were in the room, collaborating closely by proposing ideas and sharing implementations. But most fundamentally they were agreeing together what should go in the specifications, because what goes in the specs is what gets built and ends up in the hands of users.

Trigger warning: this is just like a real conference call.

I really like this idea of Jared’s. Finish up a meeting by having everyone write down the answers to these three questions in 60 seconds:

I can certainly relate to these findings:

We find that it’s not unusual to discover that different people in the room had just attended completely different meetings. People are surprised by things that other people take as a matter of course. People take away a different emphasis about what was discussed. People’s fears and concerns are reflected in their outstanding questions.

How people sit in meetings and what it really means

Show me on the teddy bear where Nate Bolt touched you.

The companion website to Kevin Hoffman's IA Summit talk, this is a hugely valuable resource for an often-overlooked part of the design process: the kick-off meeting.

A report on the growing trend of banning laptops from meetings. We never have laptops at the Clearleft Monday morning meetings but it wasn't a policy: it's just common sense/courtesy.

This is simply marvelous! A meatspace gathering of musicians that know each other threw the Irish music website I run, The Session. I wish I could have been there. 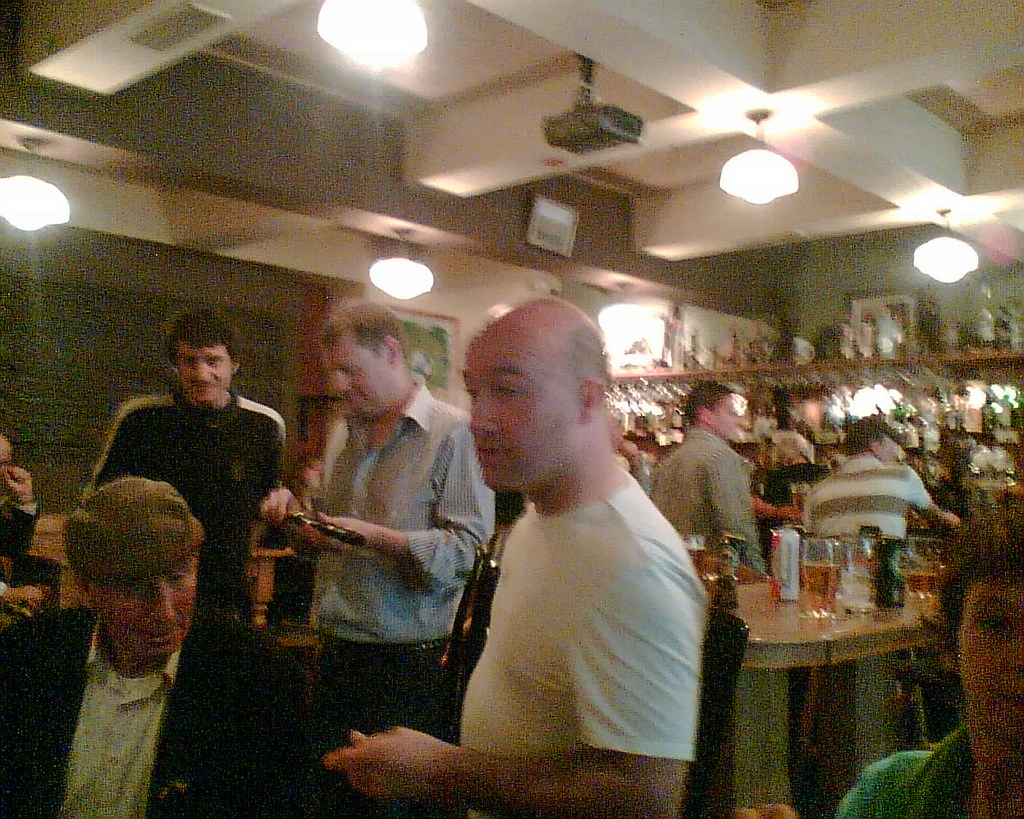