Tyring to do make screenshots of agency websites is tricky if the website is empty HTML with everything injected via JavaScript.

Granted, agencies are usually the ones pushing the boundaries. “Pop” and “pizazz” are what sell for many of them (i.e. “look what we can do!”) Many of these sites pushed the boundaries of what you can do in the browser, and that’s cool. I like seeing that kind of stuff.

But if you asked me what agency websites inspired both parts me, I’d point to something like Clearleft or Paravel. To me, they strike a great balance of visual design with the craft of building for an accessible, universal web.

A short history of body copy sizes on the Web

A look at the trend towards larger and larger font sizes for body copy on the web, culminating with Resilient Web Design.

There are some good arguments here for the upper limit on the font size there being too high, so I’ve adjusted it slightly. Now on large screens, the body copy on Resilient Web Design is 32px (2 times 1em), down from 40px (2.5 times 1em).

B612 is an highly legible open source font family designed and tested to be used on aircraft cockpit screens.

Available as a web font.

Side by side screenshots of websites, taken ten years apart. The whitespace situation has definitely improved. It would be interesting to compare what the overall page weights were/are though.

Prompted by his time at Clearleft’s AI gathering in Juvet, Chris has been delving deep into the stories we tell about artificial intelligence …and what stories are missing.

And here we are at the eponymous answer to the question that I first asked at Juvet around 7 months ago: What stories aren’t we telling ourselves about AI? 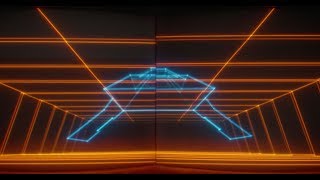 Interface is a font for highly legible text on computer screens.

The on-screen interfaces for Rogue One have just the right retro feel next to those for The Force Awakens.

How to prototype in the browser | GDS design notes

This is a clever quick’n’dirty way of prototyping iterations on an existing site using dev tools and screenshots.

Flying Toasters | After Dark in CSS

For people of a certain age, this will bring back memories of a classic screensaver.

If you had told me back then that the screensaver could one day be recreated in CSS, I’m not sure I would’ve believed it.

Over 700 screenshots of ZX Spectrum games, captured by Jason Scott. Some of these bring back memories. 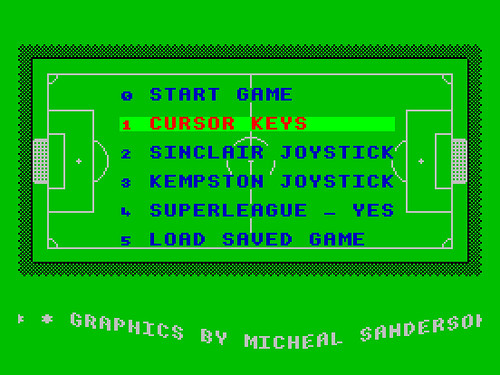 How to build the sensory web by John Allsopp

John peers behind the surface veneer of the web’s current screen-based setting:

The challenge for us as developers and designers for the web becomes less about screens and pixels and buttons and much more about how the web augments our lives, both actively and passively; how it makes us know ourselves and our homes and workplaces and environments better.

Here’s a nice little UI addition to Chrome. When you focus on the URL bar, if the current site has site-specific search discoverable via rel=”search”, then you get a greyed-out hint to press tab so you can start searching the site.

A handy little bookmarklet for quickly checking how a site might look at different screen sizes, and you can customise it to use whichever screen sizes you like.

There’s something very satisfying about this televisual sleuthing:

Images of the computer code appearing in TV and films and what they really are.

What Screens Want by Frank Chimero

Frank’s fantastic closing talk from this year’s Build. There’s a lot of great stuff in here about interaction design, and even more great stuff about what’s been happening to the web:

We used to have a map of a frontier that could be anything. The web isn’t young anymore, though. It’s settled. It’s been prospected and picked through. Increasingly, it feels like we decided to pave the wilderness, turn it into a suburb, and build a mall. And I hate this map of the web, because it only describes a fraction of what it is and what’s possible. We’ve taken an opportunity for connection and distorted it to commodify attention. That’s one of the sleaziest things you can do.

A wonderful piece by Ethan taking issue what the criticism that responsive design is over-reliant on screen size. Instead, he says, it begins with screen size, but there’s no limit to where we can go from there.

Responsive design might begin with the screen, but it doesn’t end there.

Scott gives us an excellent State Of The Web address, looking at how the web can be central to the coming age of ubiquitous computing. He rightly skips through the imitation of native apps and gets down to the potential of just-in-time interactions.