I cannot wait for this book (apart) by Jeremy Wagner to arrive—it’s gonna be sooooo good!

Increasing the amount of JavaScript we ship results in poor user experiences, and the iron law of our work is that users must come first. Our preferences and comfort as developers are secondary.

That’s a mission to take to heart while we figure out how we can use JavaScript more responsibly in an industry that relies on it more than ever — and I think that Responsible JavaScript — a carefully written book that the talented people at A Book Apart have worked with me to publish — can help you along the way.

Lara’s superb book on public speaking is now available in its entirity for free as a web book!

And a very beautiful web book it is too! All it needs is a service worker so it works offline.

A Live Interview With Rachel Andrew and Jeremy Keith on Vimeo

I really enjoyed this 20 minute chat with Eric and Rachel all about web standards, browsers, HTML and CSS.

Today marks ten years since the publication of HTML5 For Web Designers, the very first book from A Book Apart.

I’m so proud of that book, and so honoured that I was the first author published by the web’s finest purveyors of brief books. I mean, just look at the calibre of their output since my stumbling start!

Here’s what I wrote ten years ago.

They started something magnificent. Ten years on, with Katel at the helm, it’s going from strength to strength. 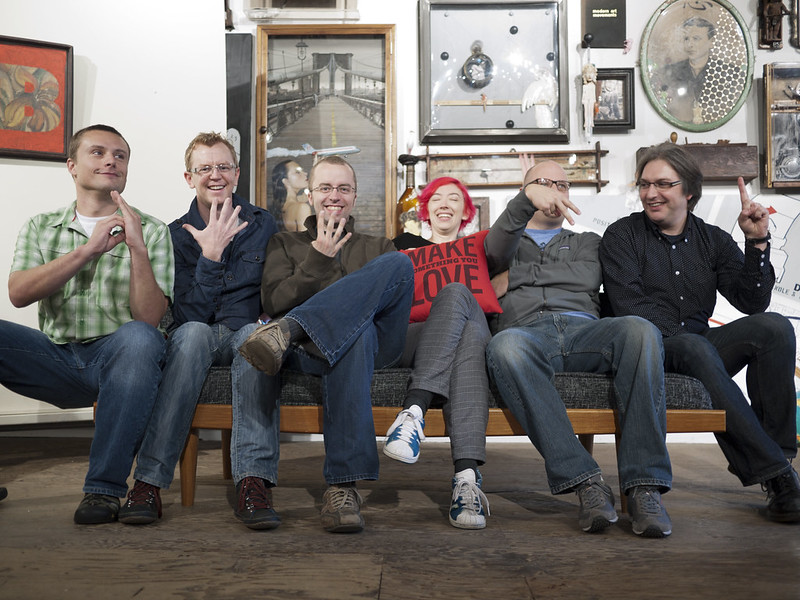 Resilient Management | A book for new managers in tech

I got a preview copy of this book and, my oh my, it is superb!

A Book Apart, Front-End Next Steps

If you buy this bundle of books, you get Going Offline in some very, very good company.

Going Offline by Jeremy Keith – a post by Marc Thiele

This is such a lovely, lovely review from Marc!

Jeremy’s way of writing certainly helps, as a specialised or technical book on a topic like Service Workers, could certainly be one, that bores you to death with dry written explanations. But Jeremy has a friendly, fresh and entertaining way of writing books. Sometimes I caught myself with a grin on my face…

Over on A List Apart, you can read the first chapter from Tim’s new book, Flexible Typesetting.

I was lucky enough to get an advance preview copy and this book is ticking all my boxes. I mean, I knew I would love all the type nerdery in the book, but there’s a bigger picture too. In chapter two, Tim makes this provacative statement:

Typography is now optional. That means it’s okay for people to opt out.

That’s an uncomfortable truth for designers and developers, but it gets to the heart of what makes the web so great:

Of course typography is valuable. Typography may now be optional, but that doesn’t mean it’s worthless. Typographic choices contribute to a text’s meaning. But on the web, text itself (including its structural markup) matters most, and presentational instructions like typography take a back seat. Text loads first; typography comes later. Readers are free to ignore typographic suggestions, and often prefer to. Services like Instapaper, Pocket, and Safari’s Reader View are popular partly because readers like their text the way they like it.

What Tim describes there isn’t a cause for frustration or despair—it’s a cause for celebration. When we try to treat the web as a fixed medium where we can dictate the terms that people must abide by, we’re doing them (and the web) a disservice. Instead of treating web design as a pre-made contract drawn up by the designer and presented to the user as a fait accompli, it is more materially honest to treat web design as a conversation between designer and user. Both parties should have a say.

Or as Tim so perfectly puts it in Flexible Typesetting:

Readers are typographers, too.

What’s happening right now at the US border is heartbreaking and inexcusable. We’re donating 25% of all profits today and tomorrow (June 19 & 20) to RAICES, to help reunite detained immigrant parents and children.

The focus of the A Book Apart series is what makes it great …and that means having to reject some proposals that don’t fit. Even though I’ve had the honour of being a twice-published A Book Apart author, I also have the honour of receiving a rejection, which Jeffrey mentions here:

In one case we even had to say no to a beautifully written, fully finished book.

That was Resilient Web Design.

So why did we turn down books we knew would sell? Because, again—they weren’t quite right for us.

If you’ve sent us a proposal that ultimately wasn’t for us, don’t be afraid to try again if you write something new—and most importantly, believe in yourself and keep writing.

My new book is called Flexible Typesetting, and it will be published by A Book Apart this summer. I absolutely cannot wait for you to read it, because we have so much to talk about.

This is such a nice review of Going Offline from Eric!

As anyone who has received unsolicited (or solicited) feedback from me about their book knows, I’m an extremely picky reader, and I have no significant complaints on this one. Highly recommended.

A Book Apart, Get to Know Jeremy Keith

My publishers asked me some questions. My answers turned out to be more revealing of my inner demons than I was expecting. I hope this isn’t too much oversharing, but I found it quite cathartic.

My greatest fear for the web is that it becomes the domain of an elite priesthood of developers. I firmly believe that, as Tim Berners-Lee put it, “this is for everyone.” And I don’t just mean it’s for everyone to use—I believe it’s for everyone to make as well. That’s why I get very worried by anything that raises the barrier to entry to web design and web development.

It’s ironic that, at the same time as we can do so much more with less when it comes to the HTML, CSS, and JavaScript in browsers, many developers are choosing to make things more complicated by introducing complex tool chains, frameworks and processes.

At the end of my new book, Going Offline, I have a little collection of resources relating to service workers. Here’s how I introduce them:

If this book were a podcast, then this would be the point at which I would be imploring you to rate me on iTunes (or I’d be telling you about a really good mattress). Instead, I’d like to give you some hyperlinks so that you can explore some of the topics in this brief book in more detail.

It always feels a little strange to publish a list of hyperlinks in a physical book, so I figured I’d republish them here for easy access…

A short’n’sweet review of Going Offline:

Jeremy nails it again with this beginner-friendly introduction to Service Workers and Progressive Web Apps. The foreword to the book says “you’ll gain a solid understanding of how to put this new technology to work for you right away” and I’d say that is very accurate.

Jeremy’s technical writing is as superb as always. Similar to his first book for A Book Apart, which cleared up all my confusions about HTML5, Going Offline helps me put the pieces of the service workers’ puzzle together.

It feels a little strange to refer to Going Offline as “my” book. I may have written most of the words in it, but it was only thanks to the work of others that they ended up being the right words in the right order in the right format.

I’ve included acknowledgements in the book, but I thought it would be good to reproduce them here in the form of hypertext…

Jake Archibald and Amber Wilson were the best of technical editors. Jake literally wrote the spec on service workers so I knew I could rely on him to let me know whenever I made any factual missteps. Meanwhile Amber kept me on the straight and narrow, letting me know whenever the writing was becoming unclear. Thank you both for being so generous with your time.

Thanks to my fellow Clearlefty Danielle Huntrods for giving me feedback as the book developed.

Finally, I want to express my heartfelt thanks to everyone who has ever taken the time to write on their website about their experiences with service workers. Lyza Gardner, Ire Aderinokun, Una Kravets, Mariko Kosaka, Jason Grigsby, Ethan Marcotte, Mike Riethmuller, and others inspired me with their generosity. Thank you to everyone who’s making the web better through such kind acts of openness. To quote the original motto of the World Wide Web project, let’s share what we know.

The day is upon us! The hour is at hand! The book is well and truly apart!

That’s right—Going Offline is no longer available for pre-order …it’s just plain available. ABookApart.com is where you can place your order now.

If you pre-ordered the book, thank you. An email is winging its way to you with download details for the digital edition. If you ordered the paperback, the Elves Apart are shipping your lovingly crafted book to you right now.

If you didn’t pre-order the book, I grudgingly admire your cautiousness, but don’t you think it’s time to throw caution to the wind and treat yourself?

Seriously though, I think you’ll like this book. And I’m not the only one. Here’s what people are saying:

I know you have a pile of professional books to read, but this one should skip the line.

It is so good. So, so good. I cannot recommend it enough.

Super approachable and super easy to follow regardless of your level of knowledge.

You’re gonna want to preorder a copy, believe me.

Beautifully explained without being patronising.