Ah, look at this beautiful timeline that Cassie designed and built—so many beautiful little touches! It covers the fifteen years(!) of Clearleft so far.

But you can also contribute to it …by looking ahead to the next fifteen years:

How do you hope the practice of design will have changed for the better?

Fill out an online postcard with your hopes for the future.

This is a handy tool if you’re messing around with Twitter cards and other metacrap.

What a time, as they say, to be alive. The Situation is awful in so many ways, and yet…

In this crisis, there is also opportunity—the opportunity to sit on the sofa, binge-watch television and feel good about it! I mean just think about it: when in the history of our culture has there been a time when the choice between running a marathon or going to the gym or staying at home watching TV can be resolved with such certitude? Stay at home and watch TV, of course! It’s the only morally correct choice. Protect the NHS! Save lives! Gorge on box sets!

What you end up watching doesn’t really matter. If you want to binge on Love Island or Tiger King, go for it. At this moment in time, it’s all good.

I had an ancient Apple TV device that served me well for years. At the beginning of The Situation, I decided to finally upgrade to a more modern model so I could get to more streaming services. Once I figured out how to turn off the unbelievably annoying sounds and animations, I got it set up with some subscription services. Should it be of any interest, here’s what I’ve been watching in order to save lives and protect the NHS…

Superb! I suspect you’ll want to have read Alan Moore’s classic book to fully enjoy this series set in the parallel present extrapolated from that book’s ‘80s setting. Like that book, what appears to be a story about masked vigilantes is packing much, much deeper themes. I have a hunch that if Moore himself were forced to watch it, he might even offer some grudging approval.

Ex Machina meets The Social Network in Alex Garland’s first TV show. I was reading David Deutsch while I was watching this, which felt like getting an extra bit of world-building. I think this might have worked better in the snappier context of a film, but it makes for an enjoyable saunter as a series. Style outweighs substance, but the style is strong enough to carry it.

Genuinely hilarious. Watch the first episode and see how many times you laugh guiltily. It gets a bit more sentimental later on, but there’s a wonderfully mean streak throughout that keeps the laughter flowing. If you are a parent of small children though, this may feel like being in a rock band watching Spinal Tap—all too real.

The Mandalorian, Disney Plus

I cannot objectively evaluate this. I absolutely love it, but that’s no surprise. It’s like it was made for me. The execution of each episode is, in my biased opinion, terrific. Read what Nat wrote about it. I agree with everything they said.

The third series is wrapping up soon. I’m enjoying this series immensely. It’s got a real cyberpunk sensibility; not in a stupid Altered Carbon kind of way, but in a real Gibsonian bit of noirish fun. Like Devs, it’s not as clever as it thinks it is, but it’s throroughly entertaining all the same.

Tales From The Loop, Amazon Prime

The languid pacing means this isn’t exactly a series of cliffhangers, but it will reward you for staying with it. It avoids the negativity of Black Mirror and instead maintains a more neutral viewpoint on the unexpected effects of technology. At its best, it feels like an updated take on Ray Bradbury’s stories of smalltown America (like the episode directed by Jodie Foster featuring a cameo by Shane Carruth—the time traveller’s time traveller).

A near-future family and political drama by Russell T Davies. Subtlety has never been his strong point and the polemic aspects of this are far too on-the-nose to take seriously. Characters will monologue for minutes while practically waving a finger at you out of the television set. But it’s worth watching for Emma Thompson’s performance as an all-too believable populist politician. Apart from a feelgood final episode, it’s not light viewing so maybe not the best quarantine fodder.

For All Mankind, Apple TV+

An ahistorical space race that’s a lot like Mary Robinette Kowal’s Lady Astronaut books. The initial premise—that Alexei Leonov beats Neil Armstrong to a moon landing—is interesting enough, but it really picks up from episode three. Alas, the baton isn’t really kept up for the whole series; it reverts to a more standard kind of drama from about halfway through. Still worth seeing though. It’s probably the best show on Apple TV+, but that says more about the paucity of the selection on there than it does about the quality of this series.

When it’s good, this space-based comedy is chucklesome but it kind of feels like Armando Iannucci lite.

It’s fine. Michael Chabon takes the world of Star Trek in some interesting directions, but it never feels like it’s allowed to veer too far away from the established order.

A tense and creepy Stephen King adaption. I enjoyed the mystery of the first few episodes more than the later ones. Once the supernatural rules are established, it’s not quite as interesting. There are some good performances here, but the series gives off a vibe of believing it’s more important than it really is.

The latest series (four? I’ve lost count) just wrapped up. It’s all good stuff, even knowing how some of the pieces need to slot into place for Breaking Bad.

I heard this was good so I went to the BBC iPlayer app and hit play. “Pretty good stuff”, I thought after watching that episode. Then I noticed that it said Episode Twelve. I had watched the final episode first. Doh! But, y’know, watching from the start, the foreknowledge of how things turn out isn’t detracting from the pleasure at all. In fact, I think you could probably watch the whole series completely out of order. It’s more of a tone poem than a plot-driven series. The characters themselves matter more than what happens to them.

A silly 70s-set jewsploitation series with Al Pacino. The enjoyment comes from the wish fulfillment of killing nazis, which would be fine except for the way that the holocaust is used for character development. The comic-book tone of the show clashes very uncomfortably with that subject matter. The Shoah is not a plot device. This series feels like what we would get if Tarentino made television (and not in a good way).

I’m going through a pattern library right now, and this rings true:

I’m of the opinion that all cards in a Card UI are destined to become baby webpages. Just like modals. Baby hero units with baby titles and baby body text and baby dropdown menu of actions and baby call to action bars, etc.

In some ways this outcome is the opposite of what you were intending. You wanted a Card UI where everything was simple and uniform, but what you end up with is a CSS gallery website filled with baby websites.

A handy bunch of checklists from Dave for creating accessible components. Each component gets a card that lists the expectations for interaction.

A nice little tutorial from Aaron.

The Tarot Cards Of Tech

A useful set of questions to ask on any project, shuffled and dealt to you.

They’ll not only help you foresee unintended consequences—they can also reveal opportunities for positive change.

All of the content in images. Not a single image has alternative text. If only they had asked themselves:

When you picture your user base, who is excluded? If they used your product, what would their experience be like?

This looks like a handy tool for doing some quick’n’dirty competitor analysis when it comes to performance: create a scoreboard of sites to rank by speed (and calculate the potential revenue impact).

Many factors contribute to an engaging mobile experience. And speed is chief among them. Most people will abandon a mobile site visit if the page takes more than a few seconds to load. Use our Speed Scorecard to see how your site stacks up to the competition.

The Freedom to Associate » The Digital Antiquarian

A history of hypertext, from the memex to HyperCard.

A great one-page intro to microformats (h-card in particular), complete with a parser that exports JSON. Bookmark this for future reference.

Improve Your Billing Form’s UX In One Day – Smashing Magazine

A few straightforward steps for improving the usability of credit card forms. The later steps involve JavaScript but the first step uses nothing more than straight-up HTML.

A deep dive into formatting credit card numbers with spaces in online forms.

Dave’s Kickstarter project looks like it could be very handy on Fridays a beer o’clock in the Clearleft office.

This is a really lovely project by Dan and Nat—Christmas cards featuring the fleeting invisible constellations formed by the mesh of GPS satellites within which our planet lies.

A Brief(ish) History of the Web Universe – Part I: The Pre-Web | briankardell

This is a wonderful, wonderful look back at the state of hypertext in the run-up to the creation of the World Wide Web.

My jaw may have dropped when I saw the GML markup.

Kate has been hand-making Christmas cards for seventeen years. 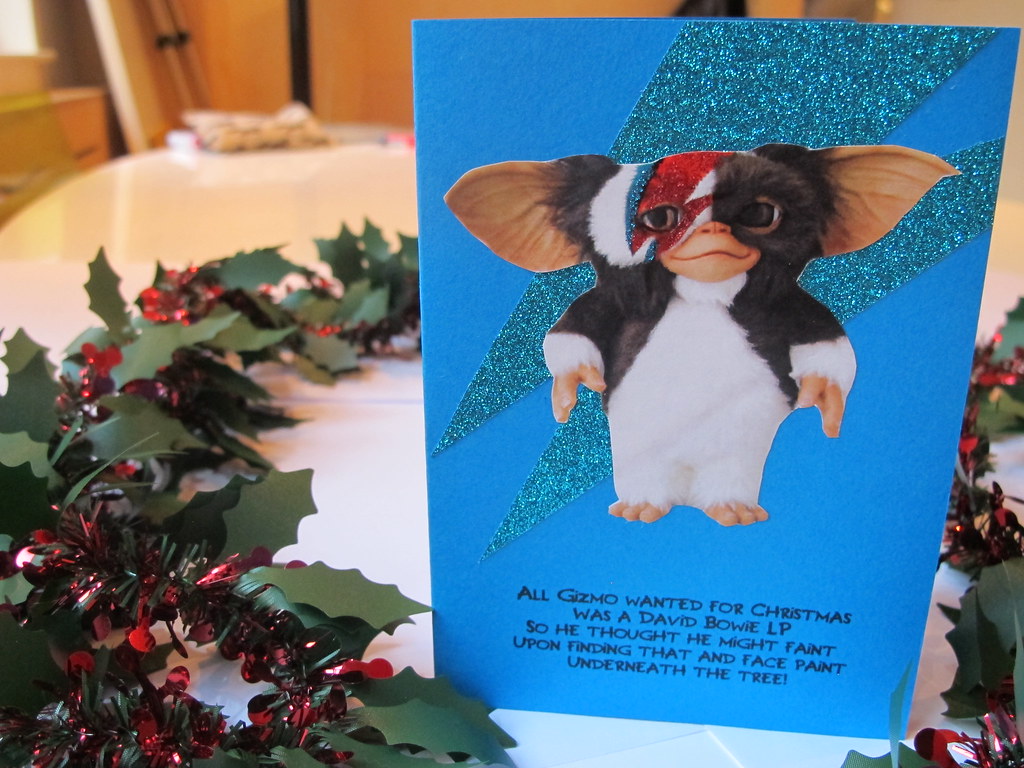 How we built the new gocardless.com — GoCardless Blog

A classic example of the holy grail of web performance and robustness—start with regular HTML sent from the server, enhance once it’s in the browser …if the browser is capable of it. In this case, it’s using JavaScript (React) on both the server and the browser.

This Eno-esque deck of cards by Scott could prove very useful for a lot of Clearleft projects.

Postcards from a Supply Chain

Dan has started writing up what he did on his Summer hols …on a container ship travelling to China.

It is, of course, in the form of an email newsletter because that’s what all the cool kids are doing these days.

I’ve been suggesting h-event and h-card as open standards for UK government sites.