Lots and lots of programming advice. I can’t attest to the veracity and efficacy of all of it, but this really rang true:

If you have no idea how to start, describe the flow of the application in high level, pure English/your language first. Then fill the spaces between comments with the code.

Blogging about your stupid solution is still better than being quiet.

You may feel “I’m not start enough to talk about this” or “This must be so stupid I shouldn’t talk about it”.

This is a wonderfully written post packed with hard-won wisdom.

This are the myths that Monica dispelled for herself:

Don’t write fopen when you can write openFile. Write throwValidationError and not throwVE. Call that name function and not fct. That’s German naming convention. Do this and your readers will appreciate it.

Today was a good day …and here are the very good photos. 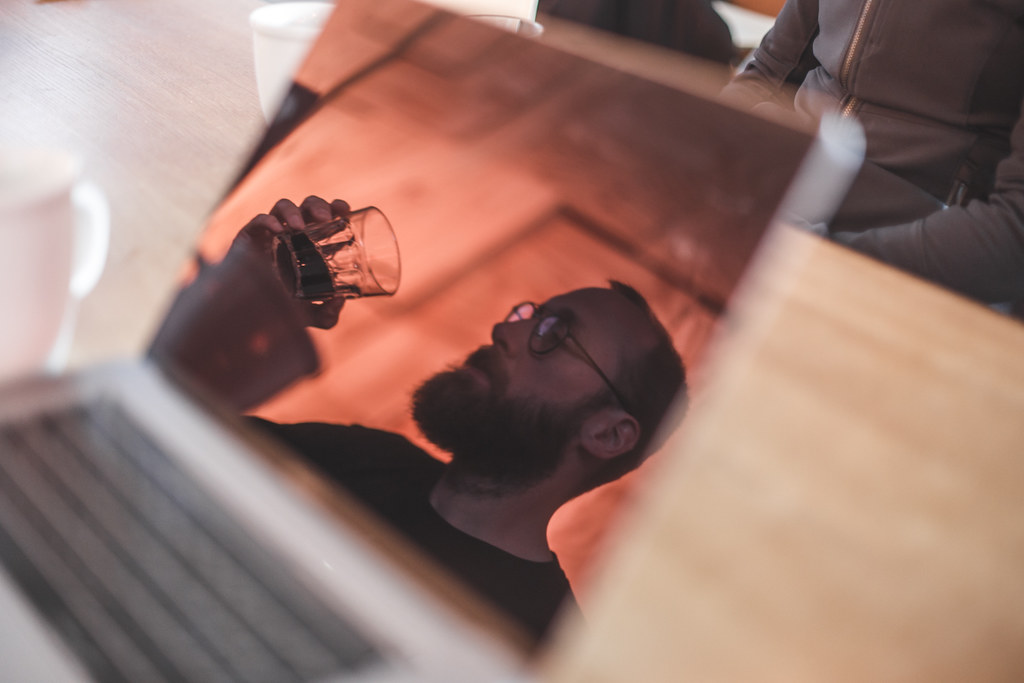 I missed this when it was first posted three years ago, but now I think I’ll be revisiting this 12 minute interview every few months.

Everything that Kyle says here is spot on, nuanced, and thoughtful. He talks about abstraction, maintainability, learning, and complexity.

I want a transcript of the whole thing.

Why Computer Programmers Should Stop Calling Themselves Engineers - The Atlantic

This article by Ian Bogost from a few years back touches on one of the themes in the talk I gave at New Adventures:

“Engineer” conjures the image of the hard-hat-topped designer-builder, carefully crafting tomorrow. But such an aspiration is rarely realized by computing. The respectability of engineering, a feature built over many decades of closely controlled, education- and apprenticeship-oriented certification, becomes reinterpreted as a fast-and-loose commitment to craftwork as business.

if statements and for loops in CSS - QuirksBlog

Personally, I find ppk’s comparison here to be spot on. I think that CSS can be explained in terms of programming concepts like if statements and for loops, if you squint at it just right.

This is something I’ve written about before.

Going Offline—the talk of the book

I gave a new talk at An Event Apart in Seattle yesterday morning. The talk was called Going Offline, which the eagle-eyed amongst you will recognise as the title of my most recent book, all about service workers.

I was quite nervous about this talk. It’s very different from my usual fare. Usually I have some big sweeping arc of history, and lots of pretentious ideas joined together into some kind of narrative arc. But this talk needed to be more straightforward and practical. I wasn’t sure how well I would manage that brief.

I knew from pretty early on that I was going to show—and explain—some code examples. Those were the parts I sweated over the most. I knew I’d be presenting to a mixed audience of designers, developers, and other web professionals. I couldn’t assume too much existing knowledge. At the same time, I didn’t want to teach anyone to such eggs.

In the end, there was an overarching meta-theme to talk, which was this: logic is more important than code. In other words, figuring out what you’re trying to accomplish (and describing it clearly) is more important than typing curly braces and semi-colons. Programming is an act of translation. Before you can translate something, you need to be able to articulate it clearly in your own language first. By emphasising that point, I hoped to make the code less overwhelming to people unfamilar with it.

I had tested the talk with some of my Clearleft colleagues, and they gave me great feedback. But I never know until I’ve actually given a talk in front of a real conference audience whether the talk is any good or not. Now that I’ve given the talk, and received more feedback, I think I can confidentally say that it’s pretty damn good.

My goal was to explain some fairly gnarly concepts—let’s face it: service workers are downright weird, and not the easiest thing to get your head around—and to leave the audience with two feelings:

I deliberately left time for questions, bribing people with free copies of my book. I got some great questions, and I may incorporate some of them into future versions of this talk (conference organisers, if this sounds like the kind of talk you’d like at your event, please get in touch). Some of the points brought up in the questions were:

Finally, here’s a list of links to all the books, sites, and articles I referenced in my talk…

A tiny lesson in query selection

We have a saying at Clearleft:

Everything is a tiny lesson.

I bet you learn something new every day, even if it’s something small. These small tips and techniques can easily get lost. They seem almost not worth sharing. But it’s the small stuff that takes the least effort to share, and often provides the most reward for someone else out there. Take for example, this great tip for getting assets out of Sketch that Cassie shared with me.

Cassie was working on a piece of JavaScript yesterday when we spotted a tiny lesson that tripped up both of us. The script was a fairly straightforward piece of DOM scripting. As a general rule, we do a sort of feature detection near the start of the script. Let’s say you’re using querySelector to get a reference to an element in the DOM:

That will exit the script if there’s no element with a class of someClass on the page.

The situation that tripped us up was like this:

That should exit the script if there are no A elements with a class of someClass, right?

Monospaced fonts you can use in your text editor. Most of them are …not good. But then there are gems like Mark Simonson’s Anonymous Pro, David Jonathan Ross’s Input, and Erik Spiekerman’s Fira Mono. And there’s always good ol’ Droid Sans.

Chris Ferdinandi is a machine!

A vanilla JS roadmap, along with learning resources and project ideas to help you get started.

The Elements of UI Engineering - Overreacted

These are good challenges to think about. Almost all of them are user-focused, and there’s a refreshing focus away from reaching for a library:

It’s tempting to read about these problems with a particular view library or a data fetching library in mind as a solution. But I encourage you to pretend that these libraries don’t exist, and read again from that perspective. How would you approach solving these issues?

It’s a terribly clickbaity (and negatively phrased) title, but if you turn it around, there’s some good advcie in here for deciding where to focus when it comes to dev technology:

A five-part video series from Ire on how she built the “save for offline” functionality on her site.

The first one is about getting a set set up on Ghost so you can probably safely skip that one and go straight to the second video to get down to the nitty-gritty of the Cache API and service workers.

The value you want form a CSS expert is their CSS, not their JavaScript, so it’s absurd to make JavaScript a requirement.

Absolutely spot on! And it cuts both ways:

Put CSS in JS and anyone who wishes to write CSS now has to know JavaScript. Not just JavaScript, but —most likely—the specific ‘flavor’ of JavaScript called React. That’s gatekeeping, first of all, but the worst part is the JavaScript aficionado didn’t want CSS on their plate in the first place.

Tim recently gave an excellent talk at FFConf. He mentioned this variation of Markdown, specifically for writing coding tutorials that update as you scroll. You can see it in action on his Generative Artistry site.

Kind of reminds of some of Bret Viktor’s work.

There’s a theory that you can cure this by following standards, except there are more “standards” than there are things computers can actually do, and these standards are all variously improved and maligned by the personal preferences of the people coding them, so no collection of code has ever made it into the real world without doing a few dozen identical things a few dozen not even remotely similar ways. The first few weeks of any job are just figuring out how a program works even if you’re familiar with every single language, framework, and standard that’s involved, because standards are unicorns.