While being driven around England it struck me that humans are currently like the filling in a sandwich between one slice of machine — the satnav — and another — the car. Before the invention of sandwiches the vehicle was simply a slice of machine with a human topping. But now it’s a sandwich, and the two machine slices are slowly squeezing out the human filling and will eventually be stuck directly together with nothing but a thin layer of API butter. Then the human will be a superfluous thing, perhaps a little gherkin on the side of the plate.

Failing to distinguish between a tractor trailer and the bright white sky | booktwo.org

James talks about automation and understanding.

Just because a technology – whether it’s autonomous vehicles, satellite communications, or the internet – has been captured by capital and turned against the populace, doesn’t mean it does not retain a seed of utopian possibility. 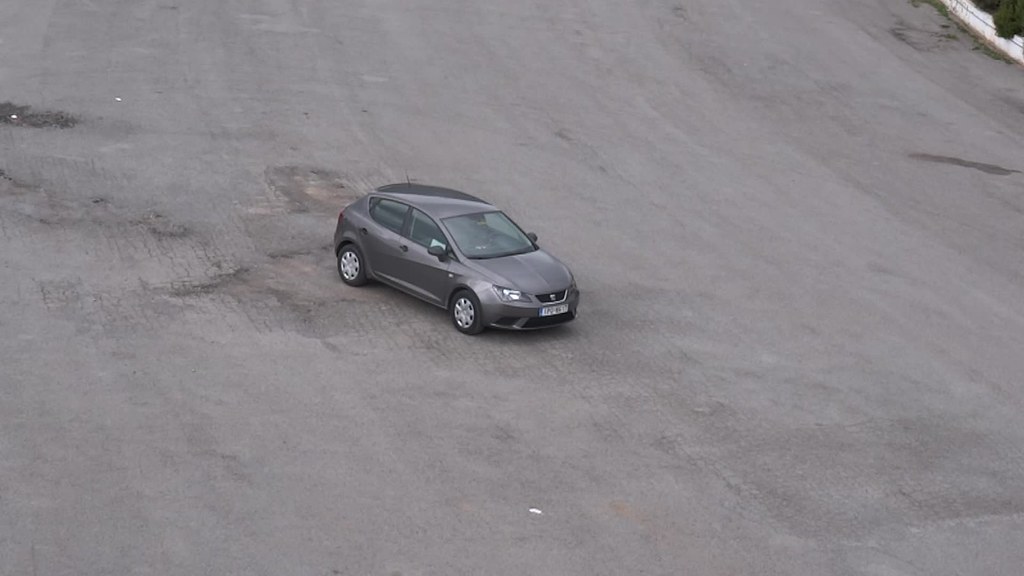 A Hundred and One Wankers

A blog chronicling one cyclist's encounters with wankers on the road.

You can listen to an audio version of Hyperdrive.

It’s a noisy night out on the streets—a baseball night. The crowd sounds jubilant. I’m inside, making my way through the pipe-filled industrial-tinged hallways, leaving the Technorati office. Leading me through the maze, Tantek points overhead to a pipe that’s shinier and newer than the others. The red paint covering the joins where the pipe emerges from the wall gives it a cyborganic feel like something from a Giger painting or a Cronenberg movie. This is the fibre that plugs the whole operation into the net.

We leave the building and thread our way through the crowds of ebullient sports fans until we enter the underground car park. More pipes.

“Ever read any Sartre?” asks Tantek as we pass a sign that reads “No Exit” in loosely-kerned Helvetica.

Tantek locates his car. It’s hard to miss. The convertible is small, black and low to the ground, its sleekness tempered by the clear signs of an eventful history of use.

Despite the chilly temperature outside, Tantek rolls back the roof. To protect me from the cold, he gives me a spare hoodie with the word “Stanford” boldly emblazoned across the front. We strap in and Tantek starts to flip switches like he’s Han Solo preparing to leave docking bay 94.

The engine is revving but before we can take off there’s one last piece of prepping left to do. Jacking his nano through the stereo, Tantek cycles through genres; soundtrack; The Matrix. The unmistakable base line of the Propellerheads begins pulsing from the speakers, filling the air with its urgent energy.

I’m a nervous passenger at the best of times. I’m starting to get the feeling that this won’t be a sedate cruise across town.

“I’ve been warned about you” I tell Tantek.

“I’ll go easy on you” he says but there’s a mischievous gleam in his eye.

We shoot out onto the street only to be pulled up short by a red light. That’s enough time for Tantek: he reaches down in one Pavlovian-ingrained move, grasps his Blackberry and starts thumbing his way through the Twitter timeline.

“Concentrate on driving,” I tell him, “don’t Twitter this!” But that’s the worst thing I could have said: it’s like being told not to think of a pink elephant—you just can’t help it.

Reaching into my pocket, I pull out my jaded mobile phone. I start to methodically compose a message to the Twittersphere. This task becomes distinctly trickier when the light changes and the car begins to tear through the streets. We’re leaving South Park behind us, zipping past the meatspace protrusions of Citizen Agency and Obvious Corp.

Still thumbing my way slowly around the glowing blue numeric keys of my Sony Ericsson, I turn to Tantek and tell him, “Y’know, we’ve got completely different texting styles. You’re all about the contractions but I still insist on correct spelling and punctuation.” But this is too much to ask of me now and I decide to contract the words “San Francisco” to simply “SF”… I still capitalise both letters though.

By this time we’ve reached the on-ramp. The freeway is the shortest route connecting tonight’s nodes. The car accelerates exponentially up the ramp, reaching escape velocity as it is spat into freeway traffic. On the freeway the acceleration continues. Our ground-hugging position and the wind streaming across our heads accentuates the feeling of speed.

I should be scared but I can’t help smiling instead. We’re travelling fast but not recklessly.

We leave the freeway to rejoin the world of traffic lights. Surprisingly, Tantek doesn’t gun the engine when the lights turn green. Instead he approaches each red light at a steady moderate pace. Every time we’re just about to arrive at an intersection, the light turns from red to green.

“These lights are timed for about about 25 or 26 miles per hour,” he explains.

“Spotting the patterns?” I ask.

As he’s talking, he thumbs the reassuringly familiar interface of his Blackberry again. There’s one missed call. Of course he has to return it straight away. My nervousness returns as he simultaneously navigates the streets and the conversation. The phone call lasts just long enough to come to the agreement that some more people should join us.

Leaving the car to cool down in Tantek’s garage, we make our way on foot down Haight Street. We’re the last ones to reach the bar, a sedate and classy oasis in the middle of an area best described as “funky”.

We should start talking shop with our fellow microformateers—that’s why we came to this secluded spot. But now that we’re here, I’m starting to realise how tired I am.

Keith buys me a beer from the local microbrewery. I opt for an amber ale while he plumps for an IPA. After the first sips, we compare tasting notes and once again speculate about a beer-oriented version of Cork’d.

It’s my last night in San Francisco and this mellow gathering seems an appropriate way to end my trip. The conversation is suitably geeky. We exchange war stories from the trenches of Information Architecture. We discuss the value of play and I relay an idea I’ve got for Hack Day. A laptop emerges only once.

Tantek offers to get the next drink in but I’m just too exhausted. I’ve got a ten hour flight back to England ahead of me the next day. As much as I’ve enjoyed my time in San Francisco, I’m really looking forward to getting back home.

It’s time for me to head back to my hotel room, upload some photos to Flickr and get some sleep.

This time I’m taking a cab.