Fast software is not always good software, but slow software is rarely able to rise to greatness. Fast software gives the user a chance to “meld” with its toolset. That is, not break flow.

The Fast and Slow of Design

Prompted by his recent talk at Smashing Conference, Mark explains why he’s all about the pace layers when it comes to design systems. It’s good stuff, and ties in nicely with my recent (pace layers obsessed) talk at An Event Apart.

Structure for pace. Move at the appropriate speed.

Introduction to Ember FastBoot by Tom Dale on Vimeo

FastBoot is coming to Ember. That means server-side rendering. And that means progressive enhancement will become a possibility for Ember apps. Exciting!

Can This Alternative Smartphone Deliver Real Privacy to the Masses? | Co.Exist | ideas + impact

Good to see Oskar the dog getting the recognition he deserves.

On the top floor of a commercial building in the old maritime city of Brighton, England, Balkan has been quietly hacking away at Indie Phone for the last several months with the rest of his team—Victor Johansson, an industrial designer, Laura Kalbag, a professional web designer (and Balkan’s partner), and her Husky, Oskar.

At last November’s Build conference I gave a talk on digital preservation called All Our Yesterdays:

Our communication methods have improved over time, from stone tablets, papyrus, and vellum through to the printing press and the World Wide Web. But while the web has democratised publishing, allowing anyone to share ideas with a global audience, it doesn’t appear to be the best medium for preserving our cultural resources: websites and documents disappear down the digital memory hole every day. This presentation will look at the scale of the problem and propose methods for tackling our collective data loss.

The video is now on vimeo.

The audio has been huffduffed.

I’ve published a transcription over in the “articles” section.

I blogged a list of relevant links shortly after the presentation.

You can also download the slides or view them on speakerdeck but, as usual, they won’t make much sense out of context.

I hope you’ll enjoy watching or reading or listening to the talk as much as I enjoyed presenting it. 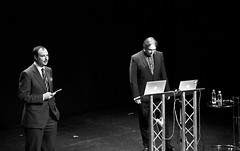 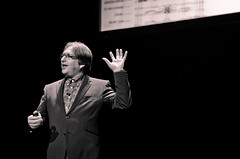 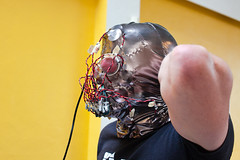 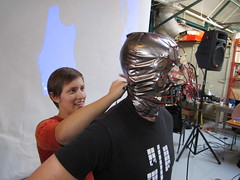 I never made it to the Build conference in Belfast last year or the year before. I think it clashed with previous commitments every time.

This was going to be the third year in a row that I was going to miss Build. I had already slapped my money down for the excellent Full Frontal conference which is on the very same day as Build but takes place right here in Brighton in the excellent Duke Of York’s cinema.

But fate had other plans for me.

Ethan was going to be speaking at Build but he’s had to pull out for personal reasons …so Andy asked me if I’d like to speak. I may be a poor substitute for Ethan and it’s a shame that I’m going to miss Full Frontal but I jumped at the chance to join the stellar line-up.

As well as speaking at the conference itself on November 10th, I’ll be leading a workshop on responsive design and progressive enhancement on the preceding Tuesday. The conference is sold out but there are places available for the workshop so grab yourself a slot if you fancy spending a day working on a content-first approach to planning and building websites.

If you can’t make it to Belfast, I’ll be giving the same workshop at Beyond Tellerrand in Düsseldorf on Sunday, November 20th and there are still some tickets available.

If you can make it to Belfast, I look forward to seeing you there. I’ll be flying my future friendly flag high, just like I’m doing on the front page of the Build website.

That attire would also be suitable for my post-Build plans. The day after the conference I’ll be travelling to San Francisco for Science Hack Day on the weekend of November 12th. If the last one is anything to go by, it’s going to be an unmissable excellent weekend—I highly recommend that you put your name down if you’re going to be in the neighbourhood.

Looking forward to seeing you in Belfast or Düsseldorf or San Francisco …or wherever.

I Love Belle and Herbs

A foodblog about one cafe in Newcastle.