How are you doing? Are you holding up okay?

It’s okay if you’re not. This is a tough time.

It’s very easy to become despondent about the state of the world. If you tend to lean towards pessimism, The Situation certainly seems to be validating your worldview right now.

I’m finding that The Situation is also a kind of Rorschach test. If you’ve always felt that humanity wasn’t deserving of your faith—that “we are the virus”—then there’s plenty happening right now to bolster that opinion. But if you’ve always thought that human beings are fundamentally good and decent, there’s just as much happening to reinforce that viewpoint.

I’ve noticed concentric circles of feelings tied to geography—positive in the centre, and very negative at the edges. What I mean is, if you look at what’s happening in your building and your street, it’s quite amazing how people are pulling together:

Our street (and the guy who runs the nearby corner store) is self-organizing so that everyone’s looking out for each other, checking up on elderly and self-isolating folks, sharing contact details, picking up shopping if necessary, and generally just being good humans.

This goodwill extends just about to the level of city mayorships. But once you look further than that, things turn increasingly sour. At the country level, incompetence and mismanagement seem to be the order of the day. And once you expand out to the whole world, who can blame you for feeling overwhelmed with despair?

Best of all, you can absolutely be part of this wonderful effort. In normal times, civic activism would require you to take action, get out there, and march in the streets. Now you can be a local hero by staying at home.

That’s it. Stay inside, resist the urge to congregate, and chat to your friends and relatives online instead. If you do that, you are being a most excellent human being—the kind that restores your faith in humanity.

I know it feels grim and overwhelming but, again, look at what’s triggering those feelings—is it the national news? International? I know it’s important to stay informed about the big picture—this is a global pandemic, after all—but don’t lose sight of what’s close to hand. Look closer to home and you’ll see the helpers—heck, you are one of the helpers.

On Ev’s blog, Fiona Cameron Lister quotes the president of the Italian Society of Psychiatrists:

Fear of an epidemic is as old as mankind itself. In this case its effect is amplified by incomplete, even false information which has caused public confidence in our institutions to collapse.

She points out that the media are in the business of amplifying the outliers of negative behaviour—panic buying, greed, and worst-case scenarios. But she goes on to say:

It doesn’t take much to start a panic and we are teetering on the brink.

That view of humanity as being poised on the brink of mass panic is the common consensus viewpoint; it even influences public policy. But the data doesn’t support this conclusion. (If you want details, I highly recommend reading Critical Mass: How One Thing Leads to Another by Philip Ball.) Thinking of ordinary people as being one emergency away from panicking is itself giving into fear.

I guess what I’m saying is, if you’re feeling misanthropic about your fellow humans right now, try rebalancing your intake. Yes, it’s good to keep yourself informed about national and global events, but make sure to give plenty of attention to the local level too. You may just find your heart warming and your spirits lifting.

After all, you’re a good person, right? And you probably also think of yourself as a fairly ordinary person, right? So if you’re doing the right thing—making small sacrifices and being concerned for your neighbours—then logic dictates that most other people are too.

I have faith in you:

When this is over, I hope we will be proud of how well we loved one another.

A Book Apart, Get to Know Jeremy Keith

My publishers asked me some questions. My answers turned out to be more revealing of my inner demons than I was expecting. I hope this isn’t too much oversharing, but I found it quite cathartic.

My greatest fear for the web is that it becomes the domain of an elite priesthood of developers. I firmly believe that, as Tim Berners-Lee put it, “this is for everyone.” And I don’t just mean it’s for everyone to use—I believe it’s for everyone to make as well. That’s why I get very worried by anything that raises the barrier to entry to web design and web development.

It’s ironic that, at the same time as we can do so much more with less when it comes to the HTML, CSS, and JavaScript in browsers, many developers are choosing to make things more complicated by introducing complex tool chains, frameworks and processes.

We went on a safari after the Pixel Up conference in South Africa. It was an amazing experience …but there was also The Elephant Incident.

And now I don’t need to write about it because I could never come close to recounting it as brilliantly as Jessica has done here.

The darkness closed in quickly as we rattled along the trail, the flashbulb lightning not doing much to supplement the juddering glow of the headlights. We were, by all appearances, a happy and relaxed little group, pleased with the day’s sightings, mellowed out by the evening’s drinks, looking forward to a nice dinner with wine and then a good night’s sleep. But I kept thinking about the elephant encounter from the night before—and so, apparently, did young Tas, who was bundled up next to his dad and eventually said quietly: “I don’t want to see another elephant.” We all comforted him with false bravado: no, don’t worry, there won’t be any elephants, we’re fine, it’s all fine, everything is totally fine. And all the while I was peering into the trees, and attempting to gauge the relative freshness of the huge piles of elephant dung on the road, and really, really not wanting to see an elephant either.

I think Chris is on to something here when he identifies one of the biggest issues with CSS growing out of control:

The developers are afraid of the CSS.

An Event’s Lifecycle: The Highs, The Lows, The Silence // beyond tellerrand

I can certainly relate to everything Marc describes here. You spend all your time devoted to putting on an event; it’s in the future, coming towards you; you’re excited and nervous …and then the event happens, it’s over before you know it, and the next day there’s nothing—this thing that was dominating your horizon is now behind you. Now what?

I think if you’ve ever put something out there into the world, this is going to resonate with you.

More for the skill

Chimes nicely with Charlotte’s recent piece, Be comfortable looking like an idiot.

Be comfortable looking like an idiot by Charlotte Jackson

I was talking to Charlotte recently about public speaking, confidence, and overcoming fear. She really hit the nail on the head when she said “I need to get comfortable with feeling like an idiot.”

Words to live by—especially if you’re working on the web.

No one will ever read this but

There’s something so beautifully, beautifully webbish about this: readings of blog posts found through a search for “no one will ever read this.”

Listen to all of them.

The Flickr stream for this Niagara Falls haunted house attraction is like some kind of user-generated art piece on the universality of human nature. It’s also very funny in its aggregate view. 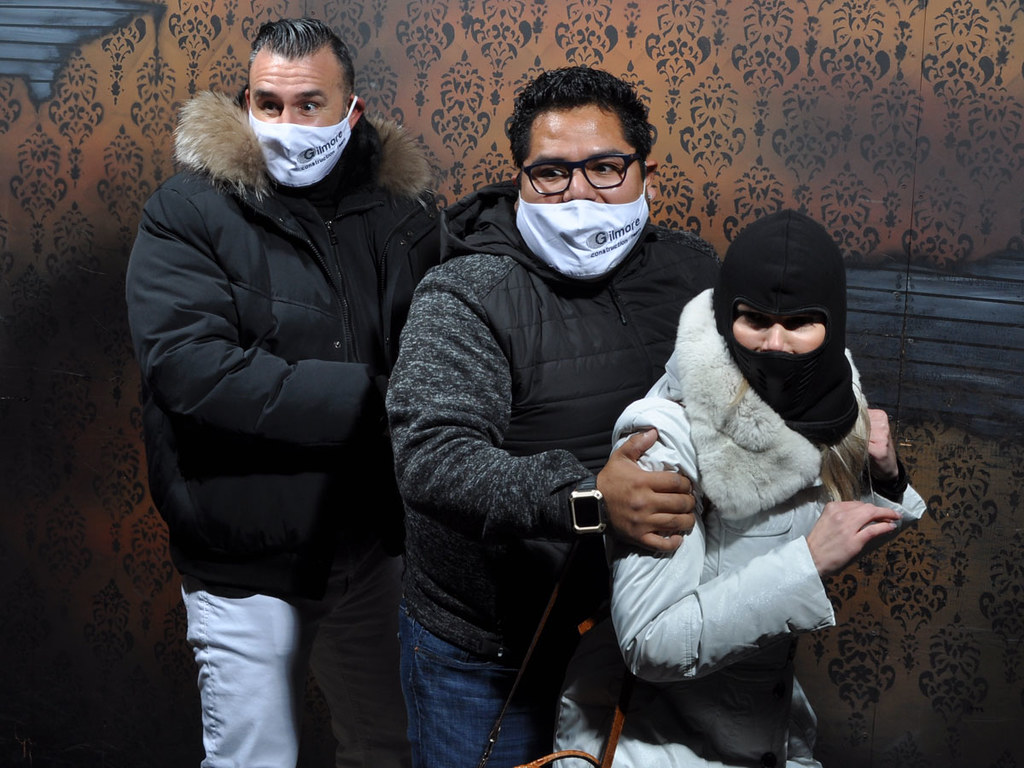 A pitch-perfect parody of people that peeve.

Tara talks about the damaging effect on women who believe that to protect themselves, they cannot be truly open online.