“Dune,” “Foundation,” and the Allure of Science Fiction that Thinks Long-Term — Blog of the Long Now

In a moment of broader cultural gloominess, Dune’s perspective may resonate more with the current movie-going public. Its themes of long-term ecological destruction, terraforming, and the specter of religious extremism seem in many ways ripped out of the headlines, while Asimov’s technocratic belief in scholarly wisdom as a shining light may be less in vogue. Ultimately, though, the core appeal of these works is not in how each matches with the fashion of today, but in how they look forward through thousands of years of human futures, keeping our imagination of long-term thinking alive.

The internet wasn’t really convenient in 1994 or 1995, but it was a very collaborative space.

There was a moment where we replaced this idea of the internet being a medium that we can all write to and participate in to one that is mediated. That happened at some point after social networks started to arrive and when the smartphone started to arrive. It’s a combination of the nature of those platforms and the prevalence of the technologies, which meant the economic rewards of getting this right rose significantly.

And so there’s a really distinctly different feel in the 2013, or 2014, internet to the one that you might have had in 1997, or 1998. It’s not just that it’s easier and I’m yearning for a world of cars with manual choke and manual transmission and crank-up starter handles, but it’s that the programmability of the internet and its endpoints has turned into something that is increasingly permissioned by major platforms.

A great little sci-fi short film from Superflux—a mockumentary from the near future. It starts dystopian but then gets more solarpunk. 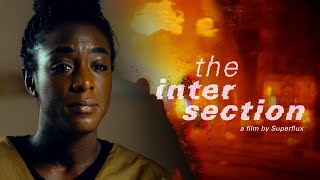 My web browser has been perfectly competent at submitting HTML forms for the past 28 years, but for some stupid reason some asshole developer decided to reimplement all of the form semantics in JavaScript, and now I can’t pay my electricity bill without opening up the dev tools. Imagine what it’s like to not know how to do that. Imagine if you were blind.

Folks, this is not okay. Our industry is characterized by institutional recklessness and a callous lack of empathy for our users.

I like this advice: write for you, not for others. And if you can’t think of what to “write”, document something for yourself and call it writing.

If there’s one thing I’ve learned about the mystery of blogging, it’s that the stuff you think nobody will read ends up with way more reach than anything you write thinking it will be popular.

So write about what you want, not what you think others want, and the words will spill out. 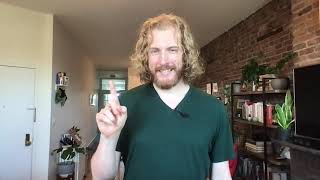 Whether built on abundance or adaptation, reform or a new understanding of survival, these stories provide flickers of hope, even joy, and serve as a springboard for exploring how fiction can help create a better reality.

The next best thing to having Kurt Vonnegut at the blackboard.

A very comprehensive collection of standalone little tools for web design and development—tools that do one thing.

These days I tend to think of dystopias as being fashionable, perhaps lazy, maybe even complacent, because one pleasure of reading them is cozying into the feeling that however bad our present moment is, it’s nowhere near as bad as the ones these poor characters are suffering through.

The energy flows on this planet, and humanity’s current technological expertise, are together such that it’s physically possible for us to construct a worldwide civilization—meaning a political order—that provides adequate food, water, shelter, clothing, education, and health care for all eight billion humans, while also protecting the livelihood of all the remaining mammals, birds, reptiles, insects, plants, and other life-forms that we share and co-create this biosphere with. Obviously there are complications, but these are just complications. They are not physical limitations we can’t overcome. So, granting the complications and difficulties, the task at hand is to imagine ways forward to that better place.

On this day twenty years ago I wrote the first entry in my online journal. In the intervening two decades I’ve written a further 2,817 entries.

I am now fifty years old, which means I’ve been blogging for two fifths of my lifetime.

My website has actually been around for longer than twenty years, but its early incarnations had no blog. That all changed when I relaunched the site on September 30th, 2001.

I wrote at the time:

I’m not quite sure what I will be saying here over the coming days, weeks, months and years.

I think it’s safe to assume an “anything goes” attitude for what I post here. Being a web developer, there’s bound to be lots of geeky, techy stuff but I also want a place where I can rant and rave about life in general.

That’s been pretty true, although I feel that maybe there’s been too much geeky stuff and not enough about everything else in my life.

I’ll try and post fairly regularly but I don’t want to make any promises I can’t keep. Hopefully, I’ll be updating the journal on a daily basis.

I made no promises but I think I’ve done a pretty good job. Many’s the blogger who has let the weeds grow over their websites as they were lured by the siren song of centralised social networks. I’m glad that I’ve managed to avoid that fate. It feels good to look back on twenty years of updates posted on my own domain.

Anyway, let’s see what happens. I hope you’ll like it.

Here are some of my handpicked highlights from the past twenty years of blogging:

Get Lost on the Web – Dan Q

Internet users use fewer different websites today than they did 20 years ago, and spend most of their “Web” time in app versions of websites (which often provide a better experience only because site owners strategically make it so to increase their lock-in and data harvesting potential). Truly exploring the Web now requires extra effort, like exercising an underused muscle. And if you begin and end your Web experience on just one to three services, that just feels kind of… sad, to me. Wasted potential.

The word for web is forest | New_ Public Magazine

The wood wide web has been a powerhouse metaphor for popularizing the mutualistic relationships of healthy forests. But like a struggling forest, the web is no longer healthy. It has been wounded and depleted in the pursuit of profit. Going online today is not an invigorating walk through a green woodland—it’s rush-hour traffic alongside a freeway median of diseased trees, littered with the detritus of late capitalism. If we want to repair this damage, we must look to the wisdom of the forest and listen to ecologists like Simard when they tell us just how sustainable, interdependent, life-giving systems work.

A beautiful piece by the brilliant Claire L. Evans.

The project of decentralizing the web is vast, and only just beginning. It means finding a way to uproot our expression and communication from the walled gardens of tech platforms, and finding novel ways to distribute the responsibilities of infrastructure across a collective network. But we needn’t start from nothing.

Brad reminisces about the scene ten years ago.

I’m not sure I’ll ever be a part of such an exciting moment in this field again. Of course technology continues to evolve, but the web landscape has settled down a bit. While I’m more than okay with that, I occasionally miss the electric, optimistic feeling of being on the cusp of something new and exciting.

Why We Create Progressive Web Apps: A Conversation with Jeremy Keith

This is a really nice write-up by Sydney of the chat we had on her podcast.

Meet the Self-Hosters, Taking Back the Internet One Server at a Time

Taking the indie web to the next level—self-hosting on your own hardware.

Tired of Big Tech monopolies, a community of hobbyists is taking their digital lives off the cloud and onto DIY hardware that they control.

Decoded: The When, Why, and Why Not of Progressive Web Apps

I really enjoyed talking to Sydney Lai about progressive web apps, resilient web design, and all my other hobby horses.

Alas, there’s no transcript and I can’t find a direct link to the RSS feed or the individual audio file on the podcast website so it’s not huffduffable.