A Long Bet on Link Rot is Resolved, but Questions About the Durability of the Web Still Remain - Long Now

The Long Now foundation has a write-up on my recently-lost long bet:

On February 22, 02011, Jeremy Keith made a prediction that he hoped would be proven wrong.

Eleven years ago, I made a prediction:

One year later, Matt called me on it and the prediction officially became a bet:

We’re playing for $1000. If I win, that money goes to the Bletchley Park Trust. If Matt wins, it goes to The Internet Archive.

When I made the original prediction eleven years ago that a URL on the longbets.org site would no longer be available, I did so in a spirit of mischief—it was a deliberately meta move. But it was also informed by a genuine feeling of pessimism around the longevity of links on the web. While that pessimism was misplaced in this case, it was informed by data.

The lifetime of a URL on the web remains shockingly short. What I think has changed in the intervening years is that people may have become more accustomed to the situation. People used to say “once something is online it’s there forever!”, which infuriated me because the real problem is the exact opposite: if you put something online, you have to put in real effort to keep it online. After all, we don’t really buy domain names; we just rent them. And if you publish on somebody else’s domain, you’re at their mercy: Geocities, MySpace, Facebook, Medium, Twitter.

One huge change in the last eleven years that I didn’t anticipate is the migration of websites to HTTPS. The original URL of the prediction used HTTP. I’m glad to see that original URL now redirects to a more secure protocol. Just like most of the World Wide Web. I think we can thank Let’s Encrypt for that. But I think we can also thank Edward Snowden. We are no longer as innocent as we were eleven years ago.

I think if I could tell my past self that most of the web would using HTTPS by 2022, my past self would be very surprised …’though not as surprised at discovering that time travel had also apparently been invented.

The Internet Archive has also been a game-changer for digital preservation. While it’s less than ideal that something isn’t reachable at its original URL, knowing that there’s probably a copy of the content at archive.org lessens the sting considerably. I couldn’t be happier that this fine institution is the recipient of the stakes of this bet.

The bet was been won (not by me, thankfully) and Jason has some thoughts.

Keep this link handy to share with your boss or client. It is almost certainly not worth your while optimising for Internet Explorer.

Note: Google aren’t turning IE users away. Instead they’ll get a reduced scriptless experience. That’s the way to do it. Remember: module and nomodule are your friends for cutting the mustard.

Wayforward Machine • Visit the future of the internet

This speculative version of the internet archive invites you to see how websites will look in 2046.

He founded the Internet Archive with a utopian vision. That hasn’t changed, but the internet has

A profile of Brewster Kahle and the Internet Archive in the San Francisco Chronicle.

Is Safari the new Internet Explorer?

The transcript from the latest episode of the HTTP 203 podcast is well worth perusing.

But I felt bad bashing Safari. It felt like a pile-on. That’s because a lot of people have been venting their frustrations with Safari recently:

I think it’s good that people share their frustrations with browsers openly, although I agree with Baldur Bjarnason that’s good to avoid Kremlinology and the motivational fallacy when blogging about Apple.

It’s also not helpful to make claims like “Safari is the new Internet Explorer!” Unless, that is, you can back up the claim.

On a recent episode of the HTTP 203 podcast, Jake and Surma set out to test the claim that Safari is the new IE. They did it by examining Safari according to a number of different measurements and comparing it to the olden days of Internet Explorer. The result is a really fascinating trip down memory lane along with a very nuanced and even-handed critique of Safari.

And the verdict? Well, you’ll just to have to listen to the podcast episode.

If you’d rather read the transcript, tough luck. That’s a real shame because, like I said, it’s an excellent and measured assessment. I’d love to add it to the links section of my site, but I can’t do that in good conscience while it’s inaccessible to the Deaf community.

When I started the Clearleft podcast, it was a no-brainer to have transcripts of every episode. Not only does it make the content more widely available, but it also makes it easier for people to copy and paste choice quotes.

Still, I get it. A small plucky little operation like Google isn’t going to have the deep pockets of a massive corporation like Clearleft. But if Jake and Surma were to open up a tip jar, I’d throw some money in to get HTTP 203 transcribed (I recommend getting Tina Pham to do it—she’s great!).

I apologise for my note of sarcasm there. But I share because I care. It really is an excellent discussion; one that everyone should be able to access.

Update: the bug with that episode of the HTTP 203 podcast has been fixed. Here’s the transcript! And all future episodes will have transcripts too:

Some folks called us out for lacking transcripts for our podcasts. Fair point! So, here we go (and all future episodes will have transcripts)https://t.co/HmfwBvAicA

HTTP/3 From A To Z: Core Concepts (Part 1) — Smashing Magazine

I spend most of my time in the application layers—HTML, CSS, and JavaScript—so I fascinating to dive below the surface and learn about the upcoming HTTP/3. Sounds like it’s really more of a change to how things have always worked with the TCP protocol, still chugging away since it was created by Bob Kahn and Vint Cerf.

Reflections as the Internet Archive turns 25

The World Wide Web at its best is a mechanism for people to share what they know, almost always for free, and to find one’s community no matter where you are in the world.

In search of the new

The responses make for interesting reading, especially ahead of Wednesday’s event.

Be liberal in what you accept:

Basically, if your form can’t register Beyoncé – it has failed.

This video is a charming trip down to memory lane to the early days of the public internet:

It wasn’t quite the World Wide Web yet, but everybody started hearing about this thing called “the Internet” in 1993. It was being called the Information Superhighway then.

Visualising the growth of the internet.

The Internet Archive on the future of the web - Protocol — The people, power and politics of tech

A profile of Brewster Kahle and the Internet Archive:

Tech’s walled gardens might make it harder to get a perfect picture, but the small team of librarians, digital archivists and software engineers at the Internet Archive plan to keep bringing the world the Wayback Machine, the Open Library, the Software Archive, etc., until the end of time. Literally.

Dropping Support For IE11 Is Progressive Enhancement · The Ethically-Trained Programmer

Any time or effort spent getting your JavaScript working in IE11 is wasted time that could be better spent making a better experience for users without JavaScript.

I agree with this approach.

With a few minor omissions and links, you can create a site that works great in modern browsers with ES6+ and acceptably in browsers without JavaScript. This approach is more sustainable for teams without the resources for extensive QA, and more beneficial to users of nonstandard browsers. Trying to recreate functionality that already works in modern browsers in IE11 is thankless work that is doomed to neglect.

I really like the way that Amber doesn’t go straight to the end solution but instead talks through her thought process when adding a feature to her site.

I really enjoyed this trip down memory lane with Chris:

From the Web’s inception, an ancient to contemporary history of the Web. 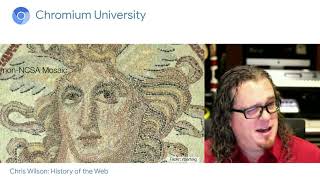 mnot’s blog: RFC8890: The Internet is for End Users

RFC 8890 maybe the closest thing we’ve got to a Hippocratic oath right now.

A community that agrees to principles that are informed by shared values can use them to navigate hard decisions.

Many discussions influenced this document, both inside and outside of the IETF and IAB. In particular, Edward Snowden’s comments regarding the priority of end users at IETF 93 and the HTML5 Priority of Constituencies were both influential.

This is wonderful! A whole series on the history of the web from Jay Hoffman, the creator of the similarly-themed newsletter and timeline.

This first chapter is right up my alley, looking at the origins of hypertext, the internet, and the World Wide Web.