The protests are intentionally decentralized, using a jury-rigged combination of a popular message board, the group chat app Telegram, and in-person huddles at the protests.

This sounds like it shouldn’t possibly work, but the protesters are too young to know that it can’t work, so it works.

SpringForward - A celebration of women in digital and technology - March 2015, Brighton

There’s a whole bunch of great events happening in Brighton this March: Codebar, Curiosity Hub, She Codes Brighton, 300 Seconds, She Says Brighton, and Ladies that UX. Lots of these will be downstairs from Clearleft in Middle Street—very handy!

The medium is the short message

I awoke on my final morning in Florida to find that Jeffrey had written some kind words about a post of mine on responsive design. He also tweeted the link which prompted many questions and comments on Twitter.

I didn’t respond to them.

I have written about responsive web design here in my journal and I’m sure I will have much, much more to say on the matter. But this kind of subject—the sort that requires nuanced, thoughtful discussion—is completely unsuited to Twitter. If anything, Twitter’s tendency (or “twendency”, if you will …’sokay—I just punched myself in the face for that) is to reduce more complex discussion down into simplified soundbites and Boolean values.

Personally, I still get the most value from Twitter when I treat it as a sort of micro-journal, much as I did when I first started using it four and a half years ago. I like Twitter, but it is definitely not the best platform for every kind of online discourse.

This has prompted a call-to-arms from Chris Shiflett:

Most conversation has moved from blogs to Twitter, and although Twitter is more active than blogs ever were, there are fewer quality conversations and debates taking place as a result of this transition. I’m hoping you’ll join me in a blog revival.

The Web Standardistas are rallying behind it:

It might just be the call to arms that shifts our priorities slightly, focusing just a little more on the longer, more considered pieces; posts that are more rewarding to write, hopefully more rewarding to read, and conceivably more likely to be curated.

Drew is on board too:

This isn’t a backlash against Twitter, however. There’s room for both — for quick headline thoughts and for more reasoned posts. I think it would be a shame to have only the former and none of the latter. As such, I’ve been making a bit more of an effort to dust off my own blog and to post some of the things I would normally just tweet.

The real banquets are blog posts, though. I’ve learnt more from them in the last ten years than I ever will from 140 characters. That’s why blogs are something to be treasured. Blogs and RSS may be dead according to some, but I like that I disagree.

I’m very happy to see my friends and peers make a concerted effort to return to long(er) form writing.

Some of us never stopped.

If you’d like to debate and discuss responsive web design or anything else, I encourage you to take the time to write a blog post. It doesn’t have to be very long, but it’ll probably require more than 140 characters. 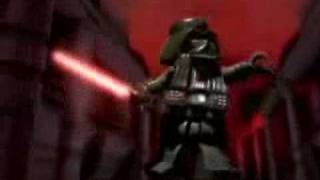