Why Not Mars (Idle Words)

I’ve come to believe the best way to look at our Mars program is as a faith-based initiative. There is a small cohort of people who really believe in going to Mars, the way some people believe in ghosts or cryptocurrency, and this group has an outsize effect on our space program.

Maciej lays out the case against a crewed mission to Mars.

Like George Lucas preparing to release another awful prequel, NASA is hoping that cool spaceships and nostalgia will be enough to keep everyone from noticing that their story makes no sense. But you can’t lie your way to Mars, no matter how sincerely you believe in what you’re doing.

And don’t skip the footnotes:

Fourth graders writing to Santa make a stronger case for an X-Box than NASA has been able to put together for a Mars landing. 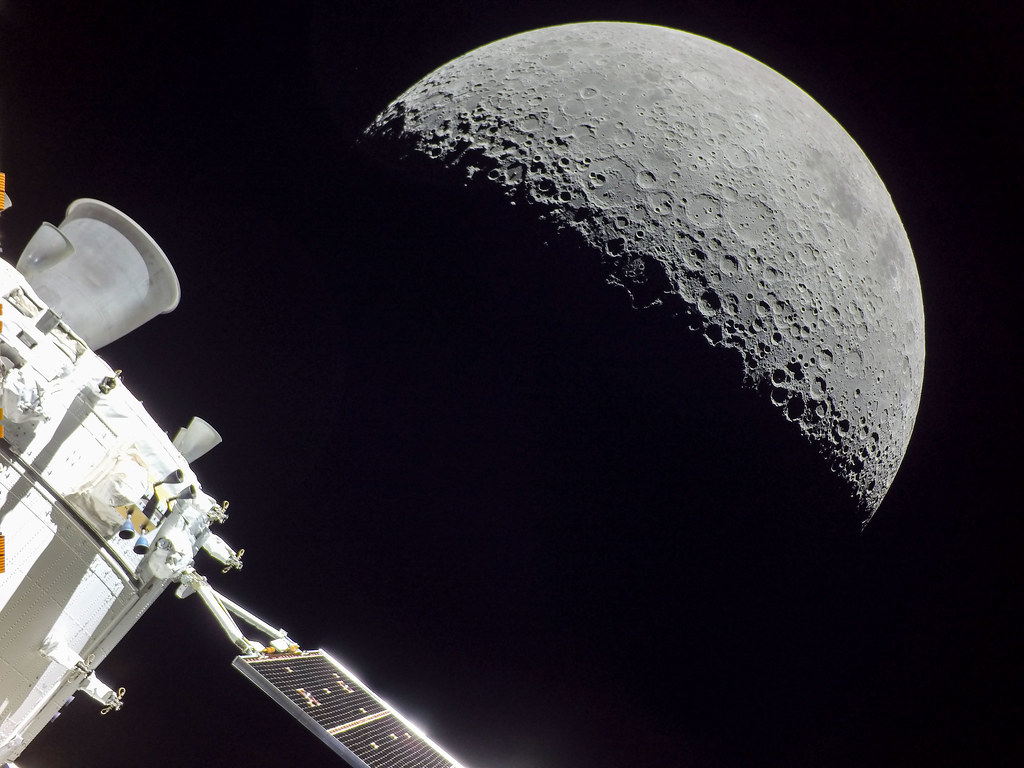 Two weeks ago I was on stage for two days hosting Leading Design in London.

Last week I was on stage for two days hosting Clarity in New Orleans.

It was an honour and a pleasure to MC at both events. Hard work, but very, very rewarding. And people seemed to like the cut of my jib, so that’s good.

With my obligations fulfilled, I’m now taking some time off before diving back into some exciting events-related work (he said, teasingly).

Jessica and I left New Orleans for Florida on the weekend. We’re spending a week at the beach house in Saint Augustine, doing all the usual Floridian activities: getting in the ocean, eating shrimp, sitting around doing nothing, that kind of thing.

But last night we got to experience something very unusual indeed.

We stayed up late, fighting off tiredness until strolling down to the beach sometime after 1am.

It was a mild night. I was in shorts and short sleeves, standing on the sand with the waves crashing, letting my eyes adjust to the darkness.

We were looking to the south. That’s where Cape Canaveral is, about a hundred miles away.

A hundred miles is quite a distance, and it was a cloudy night, so I wasn’t sure whether we’d be able to see anything. But when the time came, shortly before 2am, there was no mistaking it.

An orange glow appeared on the ocean, just over the horizon. Then an intense bright orange-red flame burst upwards. Even at this considerable distance, it was remarkably piercing.

It quickly travelled upwards, in an almost shaky trajectory, until entering the clouds.

And that was it. Brief, but unforgettable. We had seen the launch of Artemis 1 on the Space Launch System, the most powerful rocket ever launched. 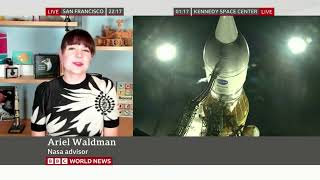 I’ve been watching The Right Stuff on Disney Plus. It’s a modern remake of the ’80s film of the ’70s Tom Wolfe book of ’60s events.

It’s okay. The main challenge, as a viewer, is keeping track of which of the seven homogenous white guys is which. It’s like Merry, Pippin, Ant, Dec, and then some.

It’s kind of fun watching it after watching For All Mankind which has some of the same characters following a different counterfactual history.

The story being told is interesting enough (although Tom has pointed out that removing the Chuck Yeager angle really diminishes the narrative). But ultimately the tension is manufactured around a single event—the launch of Freedom 7—that was very much in the shadow of Gargarin’s historic Vostok 1 flight.

There are juicier stories to be told, but those stories come from Russia.

Some of these stories have been told in film. The Spacewalker told the amazing story of Alexei Leonov’s mission, though it messes with the truth about what happened with the landing and recovery—a real shame, considering that the true story is remarkable enough.

Imagine an alternative to The Right Stuff that relayed the drama of Soyuz 1—it’s got everything: friendship, rivalries, politics, tragedy…

I’d watch the heck out of that. 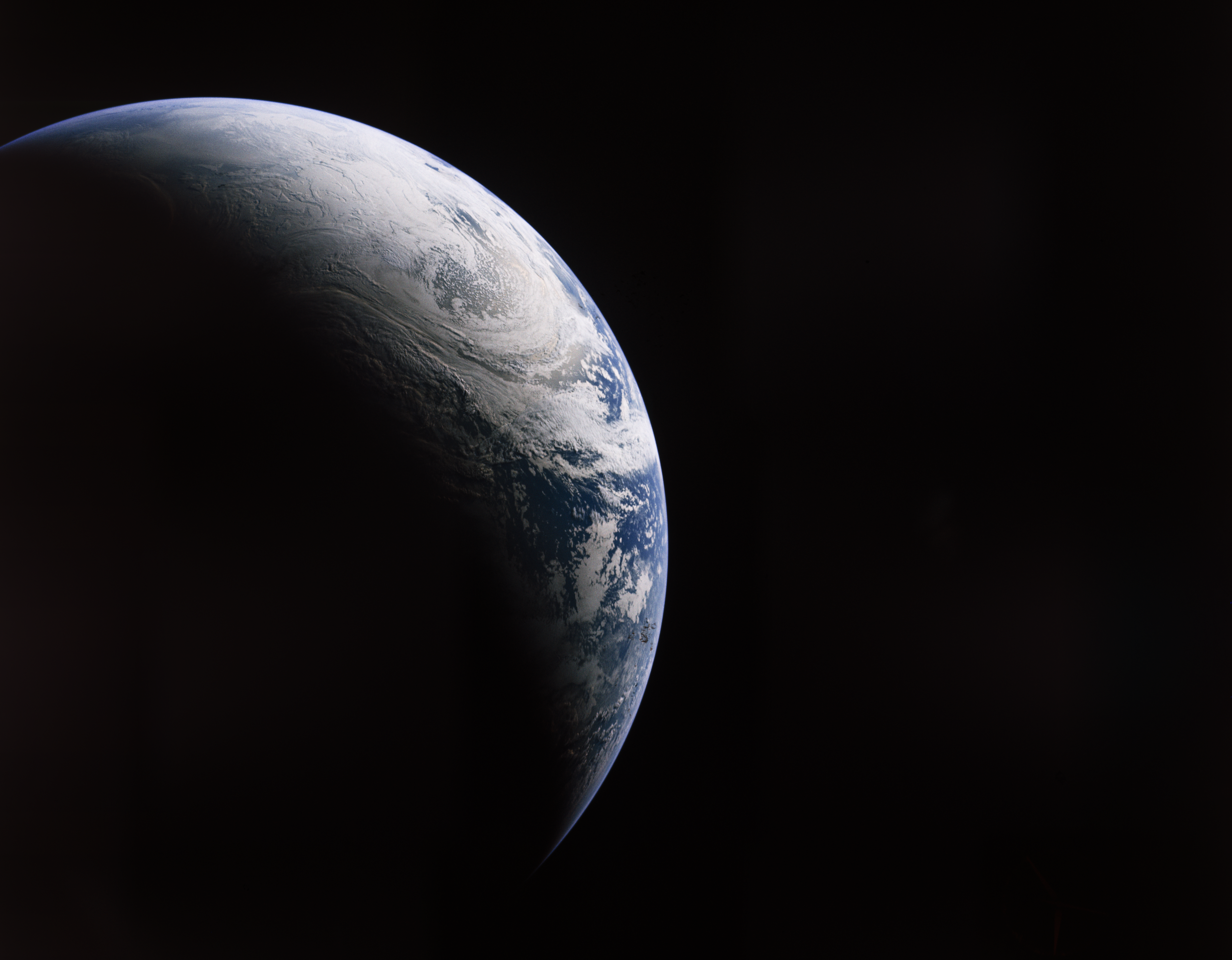 It was fifty years ago this weekend. Follow along here, timeshifted by half a century.

The best podcast of last year is back for another season, this time on the Apollo 13 mission.

The sublime Romanticism of the moon landing

The lunar landing was not a scientific announcement or a political press conference; it was a performance, a literal space opera, a Wagnerian Gesamtkunstwerk that brought together the efforts of more than 400,000 people, performed before an audience of some 650 million. It was a victory, as Armstrong immediately recognized, not of Western democratic capitalism over Soviet tyranny, or of America over the rest of the world, but for humanity. It belongs to the United States no more than Michelangelo does to Italy or Machu Picchu to Peru.

The Management Strategy That Saved Apollo 11

The story of Jack Garman and the 1202 alarm—as covered in episode two of the 13 Minutes To The Moon podcast.

Next time you’re faced with a decision, ask yourself: how can this decision be made on the lowest level? Have you given your team the authority to decide? If you haven’t, why not? If they’re not able to make good decisions, you’ve missed an opportunity to be a leader. Empower, enable, and entrust them. Take it from NASA: the ability to delegate quickly and decisively was the key to landing men on the moon.

A look at all the factors that went into choosing the Apollo landing sites, including this gem:

Famous amateur astronomer, Sir Patrick Moore, also produced a hand drawn map of the moon from his own observations using his homemade telescope at his home in Selsey, Sussex. These detailed pen and ink maps of the Moon’s surface were used by NASA as part of their preparations for the moon landing.

A delightful dialogue …on the moon!

I’ve already got serious moon fever, and if you’d like to join me, I have some recommendations…

Watch the Apollo 11 documentary in a cinema. The 70mm footage is stunning, the sound design is immersive, the music is superb, and there’s some neat data visualisation too. Watching a preview screening in the Duke of York’s last week was pure joy from start to finish.

Listen to 13 Minutes To The Moon, the terrific ongoing BBC podcast by Kevin Fong. It’s got all my favourite titans of NASA: Michael Collins, Margaret Hamilton, and Charlie Duke, amongst others. And it’s got music by Hans Zimmer.

Experience the website Apollo 11 In Real Time on the biggest monitor you can. It’s absolutely wonderful! From July 16th, you can experience the mission timeshifted by exactly 50 years, but if you don’t want to wait, you can dive in right now. It genuinely feels like being in Mission Control!

What a magnificent website! You can watch, read, and listen to the entire Apollo 11 mission! Do it now, or wait until until July 16th when you can follow along in real time …time-shifted by half a century.

How to land on the Moon

Take a tour of the Lunar Module.

The LM (or “LEM”, as it’s pronounced) has the appearance of an aeronautical joke, with not a trace of streamlining. Instead, it’s an insect-like asymmetrical collection of legs, angles, bulges, and surfaces that’s very hard to visualize. Frankly, it looks like it was thrown together on a Friday afternoon by someone in a hurry to go fishing.