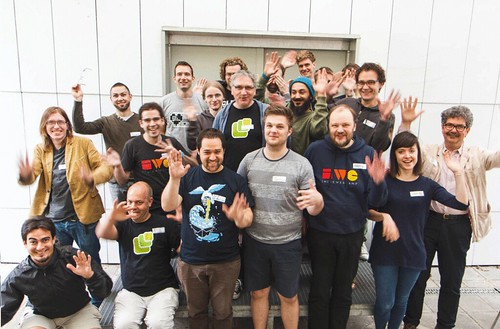 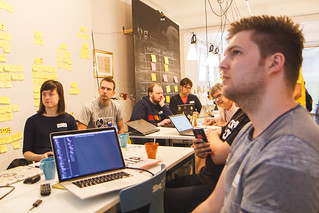 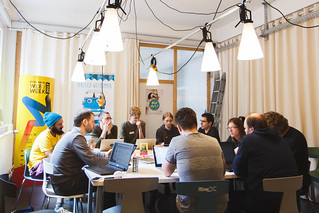 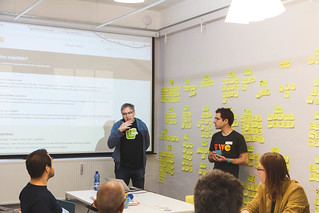 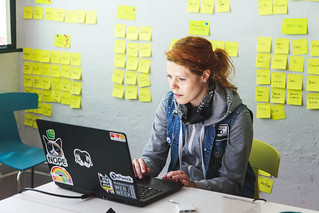 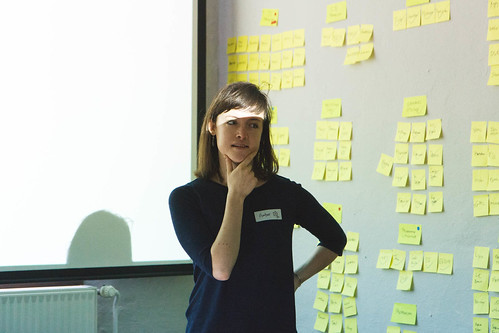 A workshop on evaluating technology

After hacking away at Indie Web Camp Düsseldorf, I stuck around for Beyond Tellerrand. I ended up giving a talk, stepping in for Ellen. I was a poor substitute, but I hope I entertained the lovely audience for 45 minutes.

After Beyond Tellerrand, I got on a train to Nuremberg …along with a dozen of my peers who were also at the event. 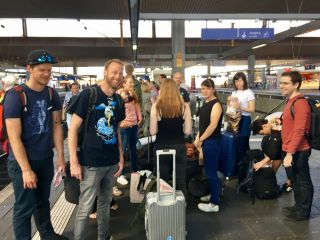 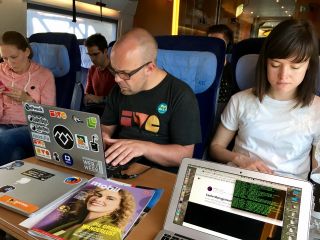 I arrived right in the middle of Web Week Nürnberg. Among the many events going on was a workshop that Joschi arranged for me to run called Evaluating Technology. The workshop version of my Beyond Tellerrand talk, basically.

This was an evolution of a workshop I ran a while back. I have to admit, I was a bit nervous going into this. I had no tangible material prepared; no slides, no handouts, nothing. Instead the workshop is a collaborative affair. In order for it to work, the attendees needed to jump in and co-create it with me. Luckily for me, I had a fantastic and enthusiastic group of people at my workshop. 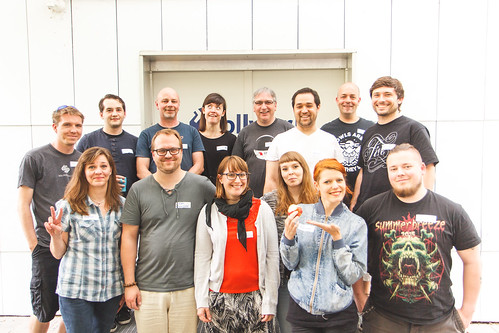 We began with a complete braindump. “Name some tools and technologies,” I said. “Just shout ‘em out.” Shout ‘em out, they did. I struggled to keep up just writing down everything they said. This was great! 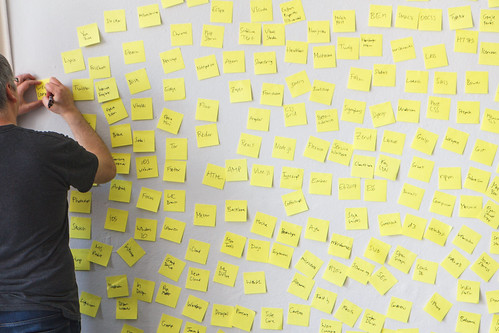 The next step was supposed to be dot-voting on which technologies to cover, but there were so many of them, we introduced an intermediate step: grouping the technologies together. 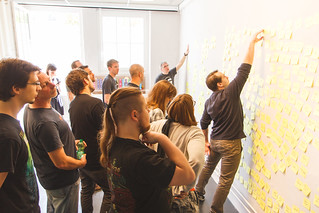 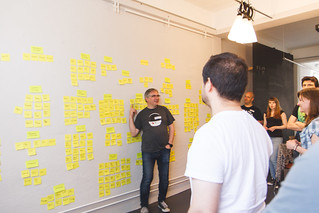 Once the technologies were grouped into categories like build tools, browser APIs, methodologies etc., we voted on which categories to cover, only then diving deeper into specific technologies.

I proposed a number of questions to ask of each technology we covered. First of all, who benefits from the technology? Is it a tool for designers and developers, or is it a tool for the end user? Build tools, task runners, version control systems, text editors, transpilers, and pattern libraries all fall into the first category—they make life easier for the people making websites. Browser features generally fall into the second category—they improve the experience for the end user.

Looking at user-facing technologies, we asked: how well do they fail? In other words, can you add this technology as an extra layer of enhancement on top of what you’re building or do you have to make it a foundational layer that’s potentially a single point of failure?

For both classes of technologies, we asked the question: what are the assumptions? What fundamental philosophy has been baked into the technology? 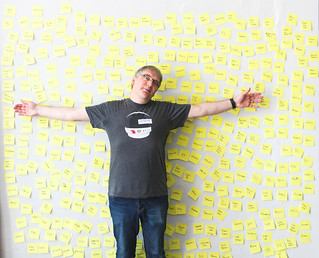 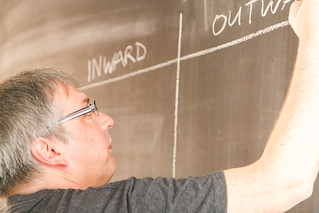 Interesting then that the technologies people voted for were:

Those are topics I actually do have some experience with. Lots of the attendees had heard of these things, they were really interested in finding out more about them, but they hadn’t necessarily used them yet.

And so I ended up doing a lot of the talking …which wasn’t the plan at all! That was just the way things worked out. I was more than happy to share my opinions on those topics, but it was of a shame that I ended up monopolising the discussion. I felt for everyone having to listen to me ramble on.

Still, by the end of the day we had covered quite a few topics. Better yet, we had a good framework for categorising and evaluating web technologies. The specific technologies we covered were interesting enough, but the general approach provided the lasting value.

All in all, a great day with a great group of people. 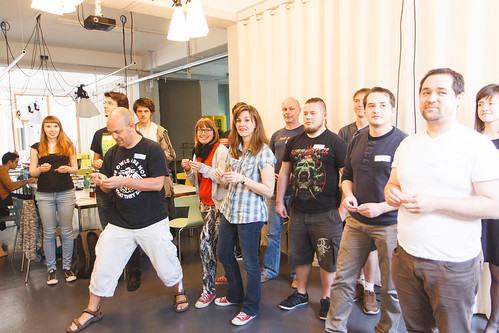 I’m already looking forward to running this workshop again. If you think it would be valuable for your company, get in touch.

Amber’s report from Indie Web Camp Nuremberg last week. I was blown away by how much she got done in one day.