Phil turned 50 around the same time as I did. He took the opportunity to write some half-century notes. I thoroughly enjoyed reading them and it got me thinking about my own five decades of life.

A lot happened in the first few years. I was born in England but my family back moved to Ireland when I was three. Then my father died not long after that. I was young enough that I don’t really have any specific memories of that time. I have hazy impressionistic images of London in my mind but at this point I don’t know if they’re real or imagined.

Most of this time was spent being a youngster in Cobh, county Cork. All fairly uneventful. Being a teenage boy, I was probably a dickhead more than I realised at the time. It was also the 80s so there was a lot of shittiness happening in the background: The Troubles; Chernobyl; Reagan and Thatcher; the constant low-level expectation of nuclear annihilation. And most of the music was terrible—don’t let anyone tell you otherwise.

This was the period with the most new experiences. I started my twenties by dropping out of Art College in Cork and moving to Galway to be a full-time slacker. I hitch-hiked and busked around Europe. I lived in Canada for six months. Eventually I ended up in Freiburg in southern Germany where I met Jessica. The latter half of this decade was spent there, settling down a bit. I graduated from playing music on the street to selling bread in a bakery to eventually making websites. Before I turned 30, Jessica and I got married.

We move to Brighton! I continue to make websites and play music with Salter Cane. Half way through my thirties I co-found Clearleft with Andy and Rich. I also start writing books and speaking at conferences. I find that not only is this something I enjoy, but it’s something I’m actually good at. And it gives me the opportunity to travel and see more of the world.

It’s more of the same for the next ten years. More Clearleft, more writing, more speaking and travelling. Jessica and I got a mortgage on a flat at the start of the decade and exactly ten years later we’ve managed to pay it off, which feels good (I don’t like having any debt hanging over me).

That last decade certainly feels less eventful than, say, that middle decade but then, isn’t that the way with most lives? As Phil says:

If my thirties went by more quickly than my twenties, my forties just zipped by.

You’ve got the formative years in your 20s when you’re trying to figure yourself out so you’re constantly dabbling in a bit of everything (jobs, music, drugs, travel) and then things get straighter. So when it comes to memories, your brain can employ a more rigourous compression algorithm. Instead of storing each year separately, your memories are more like a single year times five or ten. And so it feels like time passes much quicker in later life than it did in those more formative experimental years.

But experimentation can be stressful too—“what if I never figure it out‽” Having more routine can be satisfying if you’re reasonably confident you’ve chosen a good path. I feel like I have (but then, so do most people).

Now it’s time for the next decade. In the short term, the outlook is for more of the same—that’s the outlook for everyone while the world is on pause for The Situation. But once that’s over, who knows? I intend to get back to travelling and seeing the world. That’s probably more to do with being stuck in one place for over a year than having mid-century itchy feet.

I don’t anticipate any sudden changes in lifestyle or career. If anything, I plan to double down on doing things I like and saying “no” to any activities I now know I don’t like. So my future will almost certainly involve more websites, more speaking, maybe more writing, and definitely more Irish traditional music.

I feel like having reached the milestone of 50, I should have at least a few well-earned pieces of advice to pass on. The kind of advice I wish I had received when I was younger. But I’ve racked my brains and this is all I’ve got:

Never eat an olive straight off the tree. You know this already but maybe part of your mind thinks “how bad can it be really?” Trust me. It’s disgusting.

(you know my opinion of Adam Curtis’s documentaries)

the Web at a crossroads - Web Directions

John weighs in on the clashing priorities of browser vendors.

Imagine if the web never got CSS. Never got a way to style content in sophisticated ways. It’s hard to imagine its rise to prominence in the early 2000s. I’d not be alone in arguing a similar lack of access to the sort of features inherent to the mobile experience that WebKit and the folks at Mozilla have expressed concern about would (not might) largely consign the Web to an increasingly marginal role.

This is a pretty close approximation Bob Shaw’s slow glass.

The monitor shows what’s behind it, with 6 months delay.

A deep dive into deep time:

Record-keeping technologies introduce an asymmetry into history. First language, then written language, then printed books, and so and so forth. Should human history extend as far into the deep future as it now extends into the deep past, the documentary evidence of past beliefs will be a daunting archive, but in an archive so vast there would be a superfluity of resources to trace the development of human mythologies in a way that we cannot now trace them in our past. We are today creating that archive by inventing the technologies that allow us to preserve an ever-greater proportion of our activities in a way that can be transmitted to our posterity.

The Arrogance of the Anthropocene - The Atlantic

If, in the final 7,000 years of their reign, dinosaurs became hyperintelligent, built a civilization, started asteroid mining, and did so for centuries before forgetting to carry the one on an orbital calculation, thereby sending that famous valedictory six-mile space rock hurtling senselessly toward the Earth themselves—it would be virtually impossible to tell.

A nice steaming cup of perspective.

If there were a nuclear holocaust in the Triassic, among warring prosauropods, we wouldn’t know about it.

Chaos Design: Before the robots take our jobs, can we please get them to help us do some good work?

This is a great piece! It starts with a look back at some of the great minds of the nineteenth century: Herschel, Darwin, Babbage and Lovelace. Then it brings us, via JCR Licklider, to the present state of the web before looking ahead to what the future might bring.

So what will the life of an interface designer be like in the year 2120? or 2121 even? A nice round 300 years after Babbage first had the idea of calculations being executed by steam.

I think there are some missteps along the way (I certainly don’t think that inline styles—AKA CSS in JS—are necessarily a move forwards) but I love the idea of applying chaos engineering to web design:

Think of every characteristic of an interface you depend on to not ‘fail’ for your design to ‘work.’ Now imagine if these services were randomly ‘failing’ constantly during your design process. How might we design differently? How would our workflows and priorities change?

Bruce wonders why Google seems to prefer separate chunks of JSON-LD in web pages instead of interwoven microdata attributes:

A Public Record at Risk: The Dire State of News Archiving in the Digital Age - Columbia Journalism Review

Of the 21 news organizations in our study, 19 were not taking any protective steps at all to archive their web output. The remaining two lacked formal strategies to ensure that their current practices have the kind of longevity to outlast changes in technology.

The ‘Future Book’ Is Here, but It’s Not What We Expected | WIRED

Craig writes about reading and publishing, from the memex and the dynabook to the Kindle, the iPhone, and the iPad, all the way back around to plain ol’ email and good old-fashioned physical books.

We were looking for the Future Book in the wrong place. It’s not the form, necessarily, that needed to evolve—I think we can agree that, in an age of infinite distraction, one of the strongest assets of a “book” as a book is its singular, sustained, distraction-free, blissfully immutable voice. Instead, technology changed everything that enables a book, fomenting a quiet revolution. Funding, printing, fulfillment, community-building—everything leading up to and supporting a book has shifted meaningfully, even if the containers haven’t. Perhaps the form and interactivity of what we consider a “standard book” will change in the future, as screens become as cheap and durable as paper. But the books made today, held in our hands, digital or print, are Future Books, unfuturistic and inert may they seem.

This talk from Peter—looking at the long zoom of history—is right up my alley. 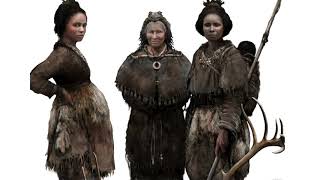 It turns out that a whole lot of The So-Called Cloud is relying on magnetic tape for its backups.

The headline is terrible but this interview is an insightful look at evaluating technology.

I remember Kevin Kelly referring to the Amish as “slow geeks”, and remarking that we could all become a little more amish-ish.

It’s not that the Amish view technology as inherently evil. No rules prohibit them from using new inventions. But they carefully consider how each one will change their culture before embracing it. And the best clue as to what will happen comes from watching their neighbors.

The web is huge. Even bigger than Google. I love that the web preserves all the work. I don’t think anyone has the right to change the web so they no longer work.

We should embrace the tools we have access to and appreciate our ability to learn, but also realize that maybe a gas stove or a certain design tools might not be for everyone. We have to find what works for our cooking or designing/coding style or the project/meal at hand.

Life plus Linux: Look before you paste from a website to terminal

The (literally) hidden dangers of copying code snippets from the web and pasting them into the command line.

This cautionary tale backs up a small tip I heard for getting to understand how found code works: deliberately type it out instead of copying and pasting.

Ever been on one of those websites that doesn’t allow you to paste into the password field? Frustrating, isn’t it? (Especially if you use a password manager.)

It turns out that nobody knows how this ever started. It’s like a cargo cult without any cargo.

A lovely reminiscence from Matt on how he came to fall in love with the World Wide Web.

I really hope he posts this on his own site—it’ll be a shame when this disappears along with everything else being posted to Medium.