Seems like ages since I’ve seen Saqib. He’s been working on something very nifty indeed:

…Seeing AI, a research project that helps people who are visually impaired or blind to better understand who and what is around them. The app is built using intelligence APIs from Microsoft Cognitive Services… 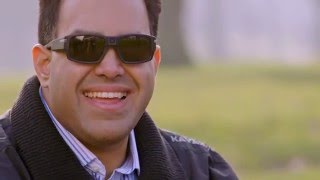 Suppose the internet is “rewiring our brains” …what of it? Perhaps we can also rewire the brain of the internet.

I’m getting more radical in my view of the internet, this unconsciously-generated machine for unconscious generation. I’m feeling more sure of its cultural value and legacy, and more assertive about stating it. We built this thing, and like all directed culture of the past, it has an agency and a desire, and if you pay attention to it you can see which way it wants to go, and what it wants to fight. We made that, all of us, in time, but we don’t have full control of it. Rather, like the grain of wood, it’s something to be worked with and shaped, but also thought about and conceptualised, both matter and metaphor.

Sit back, relax, and enjoy this classic documentary on graphic design, courtesy of its producer Edward Tufte.