Whether built on abundance or adaptation, reform or a new understanding of survival, these stories provide flickers of hope, even joy, and serve as a springboard for exploring how fiction can help create a better reality.

The future of OnlyFans?

The format of a Wikipedia page is used as the chilling delivery mechanism for this piece of speculative fiction. The distancing effect heightens the horror.

Black Mirror meets Henrietta Lacks in this short story by Erik Hoel who I had not heard of until today, when I came across his name here and also in a completely unrelated blog post by Peter Watts about the nature of dreams.

A beautiful day on Colony 12

A very affecting short story by Ben. I look forward to reading more of these.

A blog post from the future. I’m on board with the subgenre of speculative blogging.

Heydon is back on his bullshit, making extremely entertaining and occassionally inappropriate short videos about web stuff.

WEBBED BRIEFS are brief videos about the web, its technologies, and how to make the most of them. They’re packed with information, fun times™, and actual goats. Yes, it’s a vlog, but it isn’t on Youtube. Unthinkable!

The pilot episode is entitled “What Is ARIA Even For?”

I’m an agent of the 28th Amendment, the abolition of the 2nd. If it sounds sanctimonious to trace my authority to a decade-old government document that I have never read rather than my employee handbook, it’s only because I value my life.

Here are 8 original visions of Africanfuturism: science fiction stories by both emerging and seasoned African writers staking a claim to Africa’s place in the future. These are powerful visions focused on the African experience and hopes and fears, exploring African sciences, philosophies, adaptations to technology and visions of the future both centred on and spiralling out of Africa. You will find stories of the near and almost-present future, tales set on strange and wonderful new planets, stories of a changed Earth, stories that dazzle the imagination and stimulate the mind. Stories that capture the essence of what we talk about when we talk about Africanfuturism.

2020: an isolation odyssey on Vimeo

What a brilliant homage! And what a spot-on pop-cultural reference for The Situation.

2020: an isolation odyssey is a reenactment of the iconic finale of 2001: A Space Odyssey (Stanley Kubrick, 1968). Restaged in the context of home quarantine, the journey through time adapts to the mundane dramas of self-isolation–poking fun at the navel-gazing saga of life alone and indoors.

“Confessions of a Shinagawa Monkey,” by Haruki Murakami | The New Yorker

It’s just about an old monkey who speaks human language, who scrubs guests’ backs in the hot springs in a tiny town in Gunma Prefecture, who enjoys cold beer, falls in love with human women, and steals their names.

A sequel to 2006’s A Shinagawa Monkey, translated by Philip Gabriel.

Strangest of All: Anthology of Astrobiological Science Fiction [PDF]

Eight sci-fi stories gathered together by the European Astrobiology Institute. This free book is also available as .mobi and .epub.

Here’s a BBC adaption of that J.G. Ballard short story I recorded. It certainly feels like a story for our time. 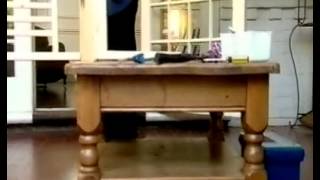 This is quite a beautiful homage to Kubrick’s masterpiece.

Science Fiction Doesn’t Have to Be Dystopian | The New Yorker

Ted Chiang has new collection out‽ Why did nobody tell me‽

Okay, well, technically this is Joyce Carol Oates telling me. In any case …woo-hoo!!!