Ridiculously cute and fun—all in the browser.

Going from Iceland to Greece in a day gave me a mild bit of currency exchange culture shock. Iceland is crazy expensive, especially given the self-immolation of the pound right now. Greece is remarkably cheap. You can eat like a king for unreasonably reasonable prices.

For me, food is one of the great pleasures in life. Trying new kinds of food is one of my primary motivators for travelling. It’s fascinating to me to see the differences—and similarities—across cultures. In many ways, food is like a universal language, but a language that we all speak in different dialects. 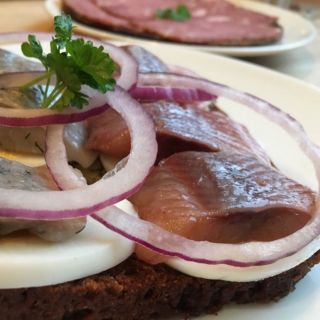 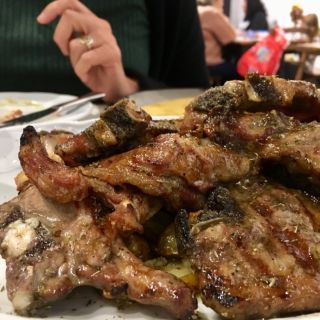 It’s a similar story with music. There’s a fundamental universality in music across cultures, but there’s also a vast gulf of differences.

On my first night in Reykjavik, I wound up at an Irish music session. I know, I know—I sound like such a cliché, going to a foreign country and immediately seeking out something familiar. But I had been invited along by a kind soul who got in touch through The Session after I posted my travel plans there. Luckily for me, there was a brand new session starting that very evening. I didn’t have an instrument, but someone very kindly lent me their banjo and I had a thoroughly enjoyable time playing along with the jigs and reels.

As an added bonus—and you really don’t get to hear this at most trad sessions—there was even a bit of Icelandic singing courtesy of Bára Grímsdóttir. I snatched a little sample of it.

A few nights later I was in a quiet, somewhat smokey tavern in Thessaloniki. There was no Irish music to be found, but the rembetika music played on gorgeous bouzoukis and baglamas was in full flow.

The sound of song

Brian Eno has much to say on the subject of singing:

I believe that singing is the key to long life, a good figure, a stable temperament, increased intelligence, new friends, super self-confidence, heightened sexual attractiveness, and a better sense of humor.

You can read the whole thing or listen to his voice.

He may be overselling it but I think he’s onto something, as I noted last time I sang karaoke in Brighton. And it’s not just karaoke—singing in a church choir, playing Rock Band, performing in a cheesy covers band …none of these activities really have anything to do with virtuosity and everything to do with opening up the lungs and passing air over the vocal cords in an uninhibited way.

I used to sing all the time. Before I had a “real” job it was how I made ends meet, busking my way ‘round Europe.

These days when I reach for my bouzouki or mandolin, it’s usually to play some tunes—jigs and reels. But lately, with Grant McLennan on my mind, I’ve been rediscovering the songs of The Go-Betweens. As well as listening to their back catalogue, I’ve been recalling their songs I used to sing and I’ve started singing them again.

You use your lungs in a way that you probably don’t for the rest of your day, breathing deeply and openly. And there are psychological benefits, too: Singing aloud leaves you with a sense of levity and contentedness.

It feels especially good in combination with the plucking of strings …or as Shakespeare put it:

Is it not strange that sheeps’ guts should hale souls out of men’s bodies?

For no particular reason, I’ve been recording some of those Go-Betweens songs. They’re very rough. They’re very lo-fi. But playing and singing them …well, it just feels good.