Mapping the Sneakernet – The New Inquiry

When it seems like all our online activity is being tracked by Google, Facebook, and co., it comforts me to think of all the untracked usage out there, from shared (or fake) Facebook accounts to the good ol’ sneakernet:

Packets of information can be distributed via SMS and mobile 3G but also pieces of paper, USB sticks and Bluetooth.

The Nearly-Webs: Five Weird Ways We’ve Tried to Connect :: How We Get To Next 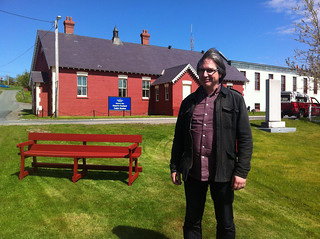 It's like, how much more black could this be? And the answer is none. None more black.

Could it be that swords made of wootz steel—as described in The Baroque Cycle—were so sharp because their blades contained fullerenes?