It’s been a busy two weeks of travelling and speaking. Last week I spoke at Finch Conf in Edinburgh, Code Motion in Madrid, and Generate CSS in London. This week I was at Indie Web Camp, View Source, and Fronteers, all in Amsterdam.

The Edinburgh-Madrid-London whirlwind wasn’t ideal. I gave the opening talk at Finch Conf, then immediately jumped in a taxi to get to the airport to fly to Madrid, so I missed all the excellent talks. I had FOMO for a conference I actually spoke at.

I did get to spend some time at Code Motion in Madrid, but that was a waste of time. It was one of those multi-track events where the trade show floor is prioritised over the talks (and the speakers don’t get paid). I gave my talk to a mostly empty room—the classic multi-track experience. On the plus side, I had a wonderful time with Jessica exploring Madrid’s many tapas delights. The food and drink made up for the sub-par conference.

I flew back from Madrid to the UK, and immediately went straight to London to deliver the closing talk of Generate CSS. So once again, I didn’t get to see any of the other talks. That’s a real shame—it sounds like they were all excellent.

The day after Generate though, I took the Eurostar to Amsterdam. That’s where I’ve been ever since. There were just as many events as in the previous week, but because they were all in Amsterdam, I could savour them properly, instead of spending half my time travelling.

Indie Web Camp Amsterdam was excellent, although I missed out on the afternoon discussions on the first day because I popped over to the Mozilla Tech Speakers event happening at the same time. I was there to offer feedback on lightning talks. I really, really enjoyed it.

I’d really like to do more of this kind of thing. There aren’t many activities I feel qualified to give advice on, but public speaking is an exception. I’ve got plenty of experience that I’m eager to share with up-and-coming speakers. Also, I got to see some really great lightning talks!

Then it was time for View Source. There was a mix of talks, panels, and breakout conversation corners. I saw some fantastic talks by people I hadn’t seen speak before: Melanie Richards, Ali Spittal, Sharell Bryant, and Tejas Kumar. I gave the closing keynote, which was warmly received—that’s always very gratifying.

After one day of rest, it was time for Fronteers. This was where myself and Remy gave the joint talk we’ve been working on:

Neither of us is under any illusions about the nature of a joint talk. It’s not half as much work; it’s more like twice the work. We’ve both seen enough uneven joint presentations to know what we want to avoid.

I’m happy to say that it went off without a hitch. Remy definitely had the tougher task—he did a live demo. Needless to say, he did it flawlessly. It’s been a real treat working with Remy on this. Don’t tell him I said this, but he’s kind of a web hero of mine, so this was a real honour and a privilege for me.

I’ve got some more speaking engagements ahead of me. Most of them are in Europe so I’m going to do my utmost to travel to them by train. Flying is usually more convenient but it’s terrible for my carbon footprint. I’m feeling pretty guilty about that Madrid trip; I need to make ammends.

I’ll be travelling to France next week for Paris Web. Taking the Eurostar is a no-brainer for that one. Straight after that Jessica and I will be going to Frankfurt for the book fair. Taking the train from Paris to Frankfurt will be nice and straightforward.

I’ll be back in Brighton for Indie Web Camp on the weekend of October 19th and 20th—you should come!—and then I’ll be heading off to Antwerp for Full Stack Fest. Anywhere in Belgium is easily reachable by train so that’ll be another Eurostar journey.

After that, it gets a little trickier. I’ll be going to Berlin for Beyond Tellerrand but I’m not sure I can make it work by train. Same goes for Web Clerks in Vienna. Cities that far east are tough to get to by train in a reasonable amount of time (although I realise that, compared to many others, I have the luxury of spending time travelling by train).

Then there are the places that I can only get to by plane. There’s the United States. I’ll be speaking at An Event Apart in San Francisco in December. A flight is unavoidable. Last time we went to the States, Jessica and I travelled by ocean liner. But that isn’t any better for the environment, given the low-grade fuel burned by ships.

And then there’s Ireland. I make trips back there to see my mother, but there’s no alternative to flying or taking a ferry—neither are ideal for the environment. At least I can offset the carbon from my flights; the travel equivalent to putting coins in the swear jar.

Don’t get me wrong—I’m not moaning about the amount of travel involved in going to conferences and workshops. It’s fantastic that I get to go to new and interesting places. That’s something I hope I never take for granted. But I can’t ignore the environmental damage I’m doing. I’ll be making more of an effort to travel by train to Europe’s many excellent web events. While I’m at it, I can ask Paul for his trainspotter expertise.

Some photos from a lively discussion between Alex Russell and me at View Source in Amsterdam led Remy to create this meme generator.

You can see some results here and here.

This is not to be confused with a certain other photo which has led to its own memification here and here.

Here’s the video of the talk I gave in Berlin recently. I had a lot to squeeze into a short time slot so I just went for it, and I got bit carried away …but people seemed to like that. 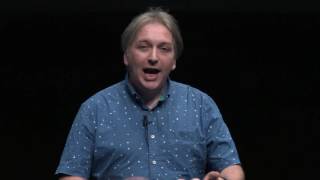